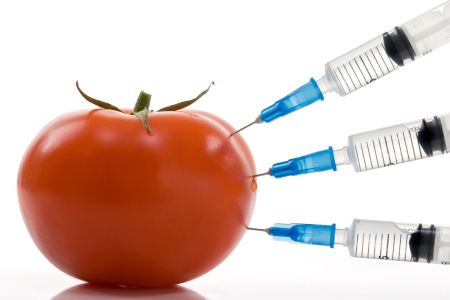 Bangalore: Eminent biotechnologists, agricultural scientists and heads of agribiotech industry came together on Saturday to discuss the recommendations of an technical expert committee appointed by the Supreme Court of India to address certain issues related to agricultural biotechnology.

The experts termed the interim report as biased and said, if implemented, the suggested moratorium on GM trial will harm Indian farmers and the society at large.

The Supreme Court is slated to hear the case on October 29 where the Association of Biotechnology Led Enterprises (ABLE), a not-for-profit national forum representing the Indian biotechnology industry, will make its point before the court.

The Supreme Court constituted a technical expert committee and fixed seven terms of reference to examine and submit a report within three months from May 12, 2012. In case the TEC was unable to submit a final report within three months the court asked it to submit an interim report on "whether there should/should not be any ban, partial or otherwise, upon conducting open field tests of the genetically modified organisms (GMOs)". In the event open field trials are permitted, the court sought to know from the committee "what protocol should be followed and conditions, if any, that may be imposed by it for implementation of open field trials".

The committee comprising Dr P S Chuhan, Prof P C Kesavan, Prof P S Ramakrishnan, Dr Imran Siddiqi and Dr B Sivakumar submitted an interim report with a view that all field trials should be stopped until conditions have been followed during the trial period, outsourcing/subcontracting of field trials be banned, representation on regulatory bodies be expanded, besides other recommendations.

Dr Kiran Mazumdar-Shaw, chairperson & managing director of the biotechnology giant Biocon, and scientists, including ProfG Padmanabhan, former director of the Indian Institute of Science, Bangalore; Dr K K Narayanan, managing director of Meta-Helix Life Sciences, Bangalore; Dr T M Manjunath, an agricultural biotechnologist; Dr M Mahadevappa, former vice chancellor of the University of Agricultural Sciences, Dharwad, and chairman of the Agricultural Service Recruitment Board, Government of India; reiterated that the committee overshot its mandate and made many sweeping recommendations on diverse issues without taking into account the scientific rigor of the methods used in India, which are similar to those in the most advanced countries. The scientists were speaking at a forum organized by the Foundation for Biotechnology Awareness and Education (FBAE) in Bangalore.

"This is a sad day for scientific community as we are still looking back at license raj though we live in a system of approval raj. These recommendations will only harm the farmers and society," said Dr Mazumdar-Shaw

The scientists have requested the court to reject the committee's interim report and constitute a well-balanced committee, if necessary, to re-examine all the issues raised in the interim report, in consultation with scientists who have hands-on experience in agricultural biotechnology from both public and private sectors.

Prof C Kameswara Rao, executive secretary, FBAE, commented that the committee "claims to have consulted various scientists, experts and NGOs but the report submitted to the court seems to rely entirely on the views of a select group of scientists and activists who oppose agribiotech, ignoring all the others".

The committee's dismissal of biosafety data on Bt cotton and the recommendation to ban all field trials of all biotech crops for 10 years is harsh and has no valid scientific basis, said Dr T M Manjunath. "Bt has been extensively used as various spray formulations to control a variety of insect pests for over 50 years in many countries and in transgenic crops for over 16 years (10 years in India) and has not caused any adverse effects," he said, adding that "the recommendation would halt the ongoing research on crop biotechnology and would destroy the interest and enthusiasm of the students, scientists and the industry".

One of the points raised by the scientists was the effect the recommended ban on all field trials, including the ongoing ones, of agribiotech crops for 10 years, would have on the Indian farmers. "The Indian farmers have to produce enough to meet the needs of the growing population without increasing arable land or irrigation facilities in a fast-changing climate. Such interventions as GM technology will play a crucial role in providing the necessary means to enable farmers to produce more using fewer resources," said Prof C K Rao.

The scientists also refuted claims made on the safety aspects of GM crops. "The report has extrapolated all the regulatory issues raised with respect to Bt brinjal, which in themselves have no scientific basis," said Prof G Padmanabhan. He added that it is "difficult to believe that developed countries, such as the US and Canada, and developing countries such as China and the South American countries, would grow GM crops for decades if they poses a serious threat to the population or the environment or the economy".

The technology industry also came out strongly against the recommendations of the committee on a moratorium on field trials for the next 10 years. "Field testing is an unavoidable and integral part of any crop improvement process," said Dr K K Narayanan. "If the recommendations are accepted, then it will be a great setback for India's agriculture. Technologies that can potentially mitigate the sufferings of farmers and revive our agricultural sector are being needlessly denied to the very people who need it the most," he added.

The participants of the meeting welcomed the recent advise by Union Minister for Agriculture Mr Sharad Pawar to the states not to block GM research as opposition to GM crops must not be based on unfounded apprehensions and that any hasty decision to block the progress of science will have a long-term implications on the country, which will have to be borne by the next generation. The scientists also drew attention to the recent recommendations of the Prime Minister's Scientific Advisory Council that reinforced the importance of GM crops for India, seeking a boost for public sector research and development in this area.

The forum went on to reiterate that the regulatory mechanism in India for field trials of GM crops is amongst the most stringent in the world and takes into account the latest developments. The operational guidelines of the Review Committee for Genetic Manipulation and the Genetic Engineering Approval Committee are robust and as per the best international consensus, such as those issued by the Organization for Economic Cooperation and Development, Paris. The committee's view that India's guidelines for conducting field trials are unscientific or inadequate is not supported by any scientific evidence, scientists said.

Prof C K Rao concluded by saying that "the realization of a need to smoothen some rough edges in the present regulatory system led to the drafting of the Biotechnology Regulatory Authority of India Bill, which is now in Parliament. It is unwise to throw the baby with the bath water in the meanwhile".