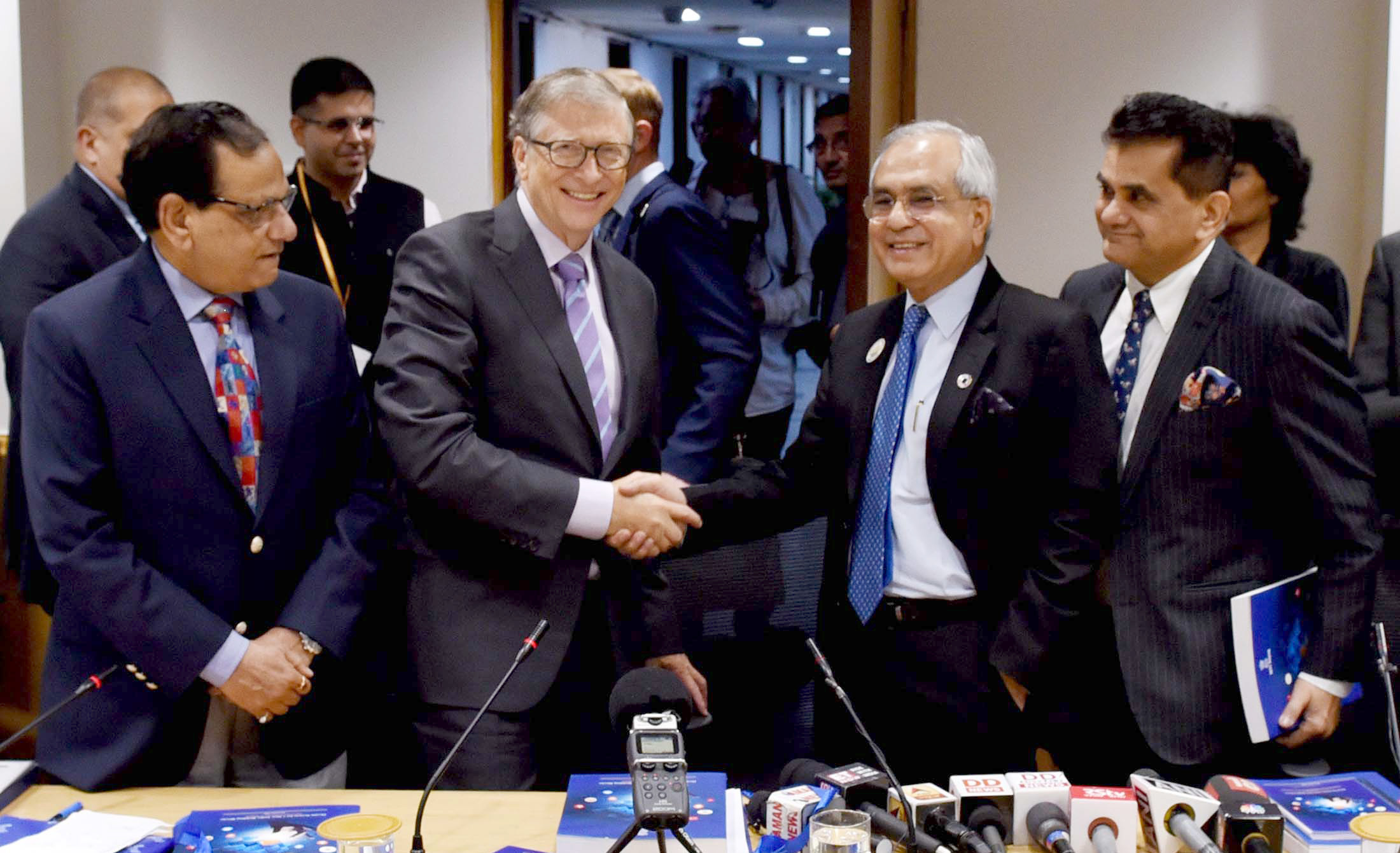 NITI Aayog, a policy think tank of the Government of India has released the report on ‘Health Systems for a New India: Building Blocks—Potential Pathways to Reforms’.

The report was released by NITI Aayog Vice Chairman Dr Rajiv Kumar in the presence of Bill Gates. Officials from NITI Aayog, policymakers, and representatives from national and international academia and Bill and Melinda Gates Foundation were also present for the event.

Over the last few years, India has embarked on a journey towards providing improved access to high-quality, affordable healthcare for the most unreached and vulnerable population of the country. Many indicators, however, continue to show significant scope for improvement. By placing health at the centre-stage of the policy narrative, this report charts a clear roadmap for the complete transformation of India’s health system. It focuses on breaking silos in the health space and removing fragmentation between various initiatives, ensuring greater convergence between ministries as well as the Centre and states, as already initiated under Ayushman Bharat.

‘At a systems level, overcoming the challenges of fragmentation, across healthcare financing and service delivery, will help us optimize both quality and access. India now needs to build on its many opportunities to achieve further progress on the health of its citizens and respond to the growing aspirations and needs of a new India,’ said Dr Rajiv Kumar, Vice Chairman, NITI Aayog.

Lauding the significant improvements made in India's health sector, Bill Gates, co-chairman of Bill and Melinda Gates Foundation, said primary healthcare is extremely important for all. India is in a very hopeful situation, he said, and is set to be an example for other countries. He mentioned that the private sector needs to be involved to meet key challenges and that the Gates Foundation through its initiatives will extend all possible help.

Highlighting the need to build India’s opportunities, the vision for health over the next fifteen years is to transform the delivery of health services in a way that they improve at a much greater pace, without financially burdening its citizens. A synthesis of all the discussions and efforts initiated at NITI Aayog’s ‘Development Dialogues’ held on 30 November 2018, the report consolidates global findings on key health system themes of financing and provisioning, with a focus on risk pooling, strategic purchasing, health-service provisioning and digital health. With insights to transform the Indian health system in the twenty-first century, the report presents a preliminary menu of strategic choices available before India to reform its healthcare system.

This report was guided by analysis undertaken by well-known international experts, along with other national counterparts representing the government, private sector, insurance companies, researchers and academia. The analysis and insights highlight that investments in strengthening the current health system will reap tremendous social and economic dividend for India.