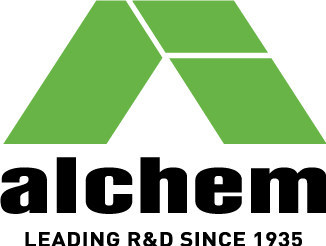 The molecule of Alchem is the only micronized digoxin available worldwide that solves the challenge of the formulation of micro doses, the long-term stability and the problems of impurities of this specialized cardiac drug. Digoxin is usually given for the treatment of several heart diseases, including atrial fibrillation, atrial flutter and heart failure.

The micronization of digoxin, normally performed for homogeneous formulations, dissolution and bioavailability, has previously led to a short, impractical life (between 12 and 24 months) and the formation of impurities.

Speaking from the European offices of Alchem located in Geneva (Switzerland), Raman Mehta, CEO and CEO of Alchem, said: "Our process innovations mean that, for the first time since Boehringer Ingelheim announced, in 2014, The definitive stoppage of production and supply of micronized digoxin to the market, drug producers can ensure the supply and stability of this important niche API . " And Raman Mehta added: "Our clients can now formulate digoxin with an ideal particle size distribution (PSD), with a molecule that is stable for both transport and storage for one year at room temperature (between 15 and 25 degrees Celsius), In addition to being stable for 4 years under cold storage (between 3 and 8 degrees Celsius). Based on the stability studies that are occupying us, in 2020 we hope to extend the useful life of the product to 5 years.

The micronized digoxin EP from Alchem, which has been developed by the company's R & D team using a technical process invention (patent applied for), complies with the strict EP monograph and is covered by the European Certificate of Suitability (COS) issued through the European Directorate for the Quality of Medicines  (EDQM). This technique of inventive production has allowed us to match the PSD of the Lanoxin originator product with almost the same production costs as our standard (non-micronized) digoxin.

The production facility located in Ballabarth Garh, India , has been audited and received approval by the ANSM ( Ministry of Health of France) and on behalf of EDQM, for the manufacture of digoxin.