Diabetes claims have gone up over last two years 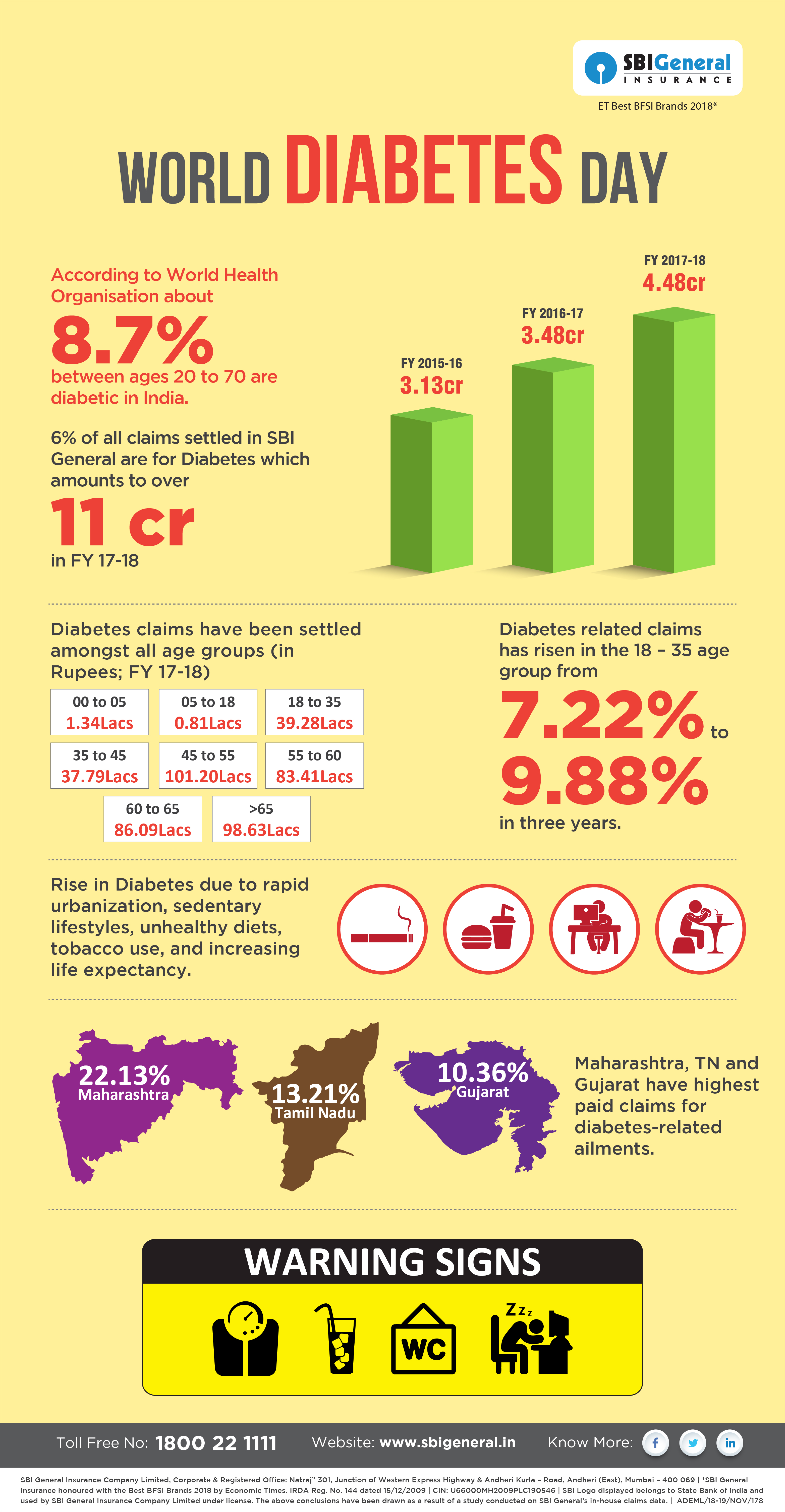 SBI General Insurance, one of the fastest growing general insurance companies in India, did a study on their claims data on the occasion of World Diabetes Day 2018 to spread awareness on what could become ‘the world’s seventh largest killer by 2030’ as stated by WHO.

SBI General Insurance analyzed its internal claims data to discover that a staggering 54% of total number of claims have seen a year on year increase. Within diabetes claims, a whopping 73% increase was seen in the number of claims, between the age group of 18-35 years. Similarly, age group of 35-45 saw an increase of 32% claims whereas the 45 – 55 age group saw a rise of 38%.

On a pan India level, there has been a rise in the number of claims reported each year and in 2018, maximum number of claims were received from Maharashtra - 22%, and Tamilnadu - 13%, claims, followed by Gujarat which accounts for 10.36%.

Sukhesh Bhave, Head – Accident and Health Claims, SBI General Insurance said, “Diabetes is known as the silent killer for a reason. The excess blood sugar in diabetes can severely damage the eyes, kidneys, nerves, and other body parts; cause sexual problems; and double the risk of heart attack and stroke. With extensive awareness campaigns, people are becoming more and more cautious with the way they
lead their lives and transitioning from sedentary to active lifestyles. But our efforts need to double up in this space. The good and the bad news both is that with diabetes, 90% of the disease management is up to the patient. So it is always advisable to go for a health insurance plan which offers adequate coverage amount at an early age, so that you are covered for all ailments in the time of need.”