Health for all resonates at WHO Regional Committee session

India has fast-tracked many initiatives aimed at achieving all the core tenets of universal health coverage. 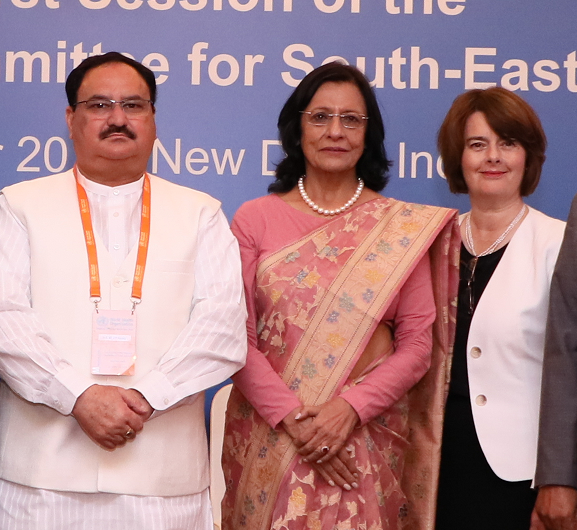 Health ministers and experts from countries in WHO South-East Asia Region recently began five day deliberations on priority issues, emphasizing on universal health coverage for ensuring health for all.

“Universal Health Coverage is at the core of Sustainable Development Goal 3 and can be a very powerful tool for social, gender and economic equity,” said J P Nadda, India’s Minister of Health and Family Welfare, inaugurating the Seventy-first session of the WHO Regional Committee for South-East Asia here.

The year 2018 is also the 40th anniversary of the historic Alma-Ata Declaration, and due to our collective efforts, the Region is better prepared, and is accelerating progress toward the shared global vision of health for all through universal health coverage, he said.

The WHO South-East Asia Region’s priority programmes are already aligned to these goals and the Region is witnessing growing support for health from the highest levels of government, and impressive progress and achievements.

WHO Deputy Director General, Jane Elizabeth Ellison, said, “building on the Region’s achievements we look to the many challenges ahead and our agenda this week draws our discussions to a wide range of vital subjects; from the need to improving civil registration and vital statistics to increasing action on improved vector management for better control of malaria and dengue; from progress in child survival to the promotion physical activity.

Amitabh Kant, Chief Executive Officer of National Institute of Transforming India, and Preeti Sudan, Health Secretary, Ministry of Health and Family Planning, spoke at the inaugural and shared the various initiatives being taken by India to improve health and wellbeing of people.

WHO Director-General Dr Tedros Adhanom Ghebreyesus, will be joining the Regional Committee session later in the week.

Representatives of a number of partner organizations and civil society are participating in the meeting that is expected to adopt resolutions on key health issues.