India is regarded as one of the lead destinations for outsourcing due to factors such as large english speaking population, low cost base, and large talent pool of graduates and post-graduates in various technical and non-technical fields and maturity of the industry with more than 500 firms engaged in providing BPO services. 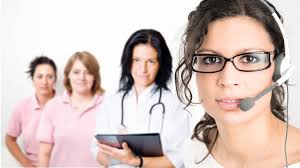 The pharmaceutical outsourcing segment has the largest share and accounted for close to 80% (US$ 90.6 billion) of the health care BPO market in 2013, according to the study titled, ‘Medical Process Outsourcing in India,’ jointly conducted by The Associated Chambers of Commerce and Industry of India (ASSOCHAM) and Ernst & Young (EY).

The outsourcing in the health care industry is on the rise especially in a country such as the US where the cost of the health care is high, the availability of man power is low and health care reforms are introduced by Patient Protection and Affordable Care Act (PPACA) to provide affordable medical insurance to low-to-middle income Americans.

The US health care payer, provider, and pharmaceutical outsourcing markets are valued at US$11.1 billion, US$6.8 billion, and US$65.6 billion, respectively, in 2013.

The most preferred destination for payer and provider outsourcing in India is due to the various advantages such as high number of health care professionals available at affordable cost, a large patient pool and reduced time and costs for recruitment. Furthermore, the Philippines-based health care BPO players are also looking to compete with Indian players.

With capabilities of Indian BPO vendors growing day by day, they now offer specialized services across different verticals, thereby enabling growth in targeted BPO services. The global sourcing (includes IT and business process sourcing) market is estimated to be in the range of US$148–154 billion in 2014.

India’s market share in global sourcing is estimated to be ~55% (US$81.4–84.2 billion) in 2014. However, there are other emerging BPO destinations in Eastern Europe, Asia and Latin America. Out of all the delivery centers opened in 2014, an estimated 27% (41 delivery centers) were in India, closely followed by Eastern Europe, Rest of Asia and Latin America, noted the study.

India is regarded as one of the lead destinations for outsourcing due to factors such as large english speaking population, low cost base, and large talent pool of graduates and post-graduates in various technical and non-technical fields and maturity of the industry with more than 500 firms engaged in providing BPO services.

The overall market is estimated to be worth US$700–900 million in India with top BPO and IT vendors having presence in this segment. Claims processing and management continue to be the largest chunk of services provided but slowly other niche services such as case management, utilization management, disease management etc., are moving to India as vendors start developing capabilities in these areas.

The health care provider outsourcing market in India is a relatively small segment with an estimated size of US$100–200 million. This is primarily due to the fact that the provider market itself is fragmented and very few players have the scale to derive considerable benefits from outsourcing.