Another Wockhardt plant banned by the US FDA 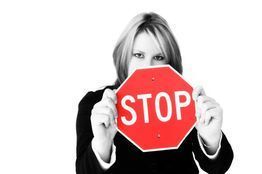 Wockhardt has filed for 43 new generic drug approvals with the US regulator from its plants in Waluj and Chikalthana, both of which have now been banned

Mumbai: New product launch approvals of Wockhardt are going to be delayed as a second plant operated by the generic drug maker was hit by the US FDA import alert. This ban results in detention without physical examination of drugs from firms that have not met so-called good manufacturing practices (GMP).

The latest FDA action against Wockhardt's Chikalthana plant in western India, one of its key export facilities, comes amid a slew of regulatory rebukes in recent months. Wockhardt said in a statement that the company had initiated several steps to address the observations made by the FDA and would "put all efforts" to resolve the matter at the earliest.

Wockhardt's Chikalthana facility makes generic versions of AstraZeneca's hypertension drug Toprol. The plant generated $230 million in in the last fiscal year that ended in March, which is about a quarter of its total sales. The FDA import ban on the Chikalthana facility excludes five products, but includes Toprol generic. Wockhardt has filed for 43 new generic drug approvals with the US regulator from its plants in Waluj and Chikalthana, both of which have now been banned from shipping drugs to the US.

The US regulator inspected the Chikalthana plant in July and made some observations about the manufacturing practices, the company said in August. Britain's Medicines and Healthcare Products Regulatory Agency (MHRA) withdrew its good manufacturing practice certificate for the Chikalthana plant last month and instead issued a restricted certificate.

The company, which has 12 manufacturing facilities globally, has been expanding capacity at some of its other Indian plants to cushion the impact of the regulatory actions in two of its largest markets. It is, however, not likely to be able to generate revenue soon from a shift to other plants as the products would require fresh approvals from overseas health regulators.