According to the reports, ten people have lost their lives to the Nipah virus in northern Kerala districts of Kozhikode and Malappuram. 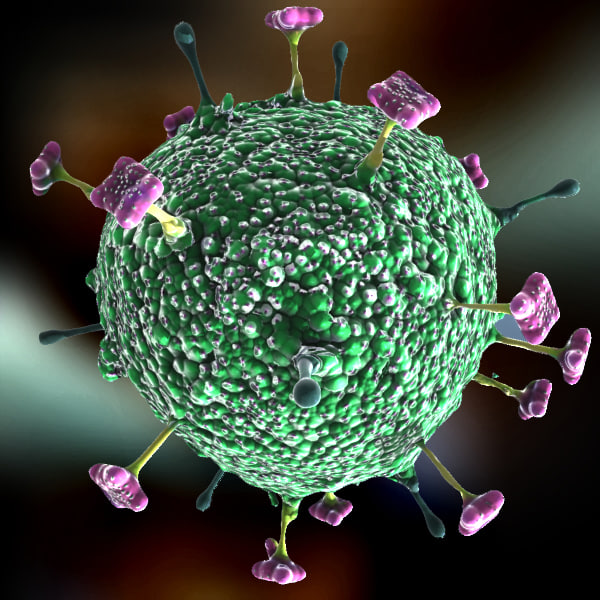 Nipah virus (NiV) which is a newly emerging zoonosis causing severe disease in both animals and humans is the new threat in India. With so many number of cases already reported in Kerala, the virus is currently a major threat to human health.

In view of the rising number of cases and reported deaths due to Nipah Virus in Kozhikode, Kerala, J P Nadda, Union Minister of Health and Family Welfare has assured all support to the Kerala Government and has directed a multi-disciplinary Central team from National Centre for Disease Control to immediately visit the district, and assist the State and closely monitor the situation.

He said, “We are closely monitoring the situation. I have spoken to Shri Alphons and Smt K Shailaja, Health Minister, Kerala and assured them all support of the Central government. I have also dispatched a Central team to assist the State government and initiate required steps.”

First identified during an outbreak of disease that took place in Kampung Sungai Nipah, Malaysia in the year 1998, the natural hosts of the virus are fruit bats of Pteropodidae family. Although during the outbreak of disease in 1998 pigs were the intermediate hosts. The recent outbreak of the disease in Kerala has documented human to human transmission in India.

NiV infection in humans has a range of clinical presentations, from asymptomatic infection to acute respiratory syndrome and fatal encephalitis. NiV is also capable of causing disease in pigs and other domestic animals. There is no vaccine for either humans or animals. The primary treatment for human cases is intensive supportive care.

Nipah is associated with inflammation of the brain due to which severe days of fever can often lead to a state of confusion, disorientation and even persistent drowsiness. Headache, fever, nausea, dizziness, drowsiness and mental issues such as confusion are the common signs and symptoms.

According to Dr Mahesh Kumar, the virus spreads by consuming infected fruits like mango and fresh date palm sap contaminated by bats and also by coming in direct contact with an infected patient and sometimes infected pigs. The incubation period of the virus is 3 to 14 days and affected patients may have high grade fever, headache and cough which may rapidly progress to breathing difficulty, respiratory failure, seizures, delirium and coma. Ribavirin is the only available medicine that can control the symptoms but only to a certain extent, if started during early stages. Travellers should avoid visits to endemic areas until the disease is curtailed and in case of recent transit they should look out for symptoms like fever, headache and cough and will need to seek medical care immediately.

The disease outbreak in Kerala: Steps taken by the Government

According to the reports, ten people have lost their lives to the Nipah virus in northern Kerala districts of Kozhikode and Malappuram. Another woman from the family had also died of the virus. A total of 116 persons, who had come in contact with the some of the infected persons, have been put under quarantine–94 in their homes and 22 in various hospitals.

As per the statement given by KK Shylaja, health minister of Kerala, “10 deaths were due to the nipha virus and that the World Health Organisation (WHO) has been informed about the outbreak of the virus in Kerala.” Union Health Minister J P Nadda said the Centre was committed to extend all support to the state to tackle the problem. Two persons, who had tested positive, had died recently. “Twenty-eight-year-old nurse Lini, who passed away yesterday, had also contracted the virus”, the minister added.

Talking about the current situation of the disease in state, Pinarayi Vijayan, Chief Minister of Kerala said, “The state government was taking all steps to control Nipah virus. Precautions have to be taken and there is need to be vigilant. There is no need to panic.”

The Union Minister for Health & Family Welfare, J P Nadda is closely monitoring the situation arising out of reported cases and deaths due to Nipah Virus in Kerala. He has reviewed it with Secretary (HFW) Preeti Sudan and DG (ICMR) Dr. Balram Bhargava and has directed for all support to be extended to Kerala in its prevention and management.

The NCDC team visited the house in Perambra from where the initial death was reported.  The team found many bats housed in the well from where the family was drawing water.  Some bats have been caught and have been sent for lab examination to confirm whether they are the cause of the disease or not. 60 different samples have been collected from the spot and sent for examination. There are two confirmed cases with history of contact with the index case. They were admitted in the Calicut Medical College Hospital and died due to Nipah virus.

The Ministry has mobilized a public health team from NCDC Branch Kozhikode to assess the extent of problem, for risk assessment and risk management.  They are assisting the State Level Team already deployed at the epicentre.  So far, seven patients have been admitted in Baby Memorial Hospital and in the Govt. Medical College at Kozhikode and at the Amrutha Medical College, Ernakulum.

Evidence of Nipah virus outbreaks in WHO South-East Asia Region

Nipah virus (NiV) encephalitis is an emerging infectious disease of public health importance in the WHO South-East Asia Region. Bangladesh and India have reported human cases of Nipah virus encephalitis. Indonesia, Thailand and Timor-Leste have identified antibodies against NiV in the bat population and the source of the virus has been isolated. The status of NiV infection in other SEAR countries is not known although flying bats are found throughout the region.

Unfortunately, there is no known cure for the Nipah virus. Instead, people who are infected are treated with supportive care, which includes making sure the person stays hydrated, and treating any nausea or vomiting. According to U.S. Centers for Disease Control and Prevention (CDC), people can take steps to prevent Nipah by avoiding exposure to sick pigs and bats in endemic areas and not drinking raw date palm sap, which can be contaminated by excretions from infected bats.

According to WHO, Initial signs and symptoms of NiV infection are non-specific and the diagnosis is often not suspected at the time of presentation.  This can hinder accurate diagnosis and creates challenges in outbreak detection and institution of effective and timely infection control measures and outbreak response activities.

In addition, clinical sample quality, quantity, type, timing of collection and the time necessary to transfer samples from patients to the laboratory can affect the accuracy of laboratory results.

First outbreak of Nipah virus in Malaysia and Singapore

Nipah virus infection was first recognized in a large outbreak of 265 suspected cases in peninsular Malaysia during September 1998 to April 1999. Most patients had contact with sick pigs or had been in close physical contact with Nipah virus infected patients and then presented primarily with encephalitis. The outbreak was initially thought to be due to Japanese encephalitis, but it was later identified as Nipah virus encephalitis. This outbreak caused widespread panic and fear in Malaysia leading to considerable social disruptions and tremendous economic loss because of the mass culling of over one million pigs. In addition, eleven abattoir workers in Singapore developed a febrile illness caused by Nipah virus during March 1999 following close contact with imported pigs from Malaysia.

The presentation of Nipah virus infection has been variable, ranging from the high mortality observed in the original Malaysian outbreak to an outbreak of low mortality disease among abattoir workers in Singapore, which presented as neurological illness and atypical pneumonia. No new outbreaks have been reported from these countries since May 1999.

The Center for Infectious Disease Research and Policy (CIDRAP) at the University of Minnesota, with support from the Wellcome Trust and in collaboration with the WHO, has been tasked with facilitating the collaborative development of a draft “Nipah R&D Roadmap”.

The roadmap prioritizes the development of countermeasures (diagnostics, therapeutics and vaccines) that are most needed by Nipah-affected countries and is the result of extensive consultations with the Nipah R&D roadmap taskforce, leading national and international experts and other key stakeholders.