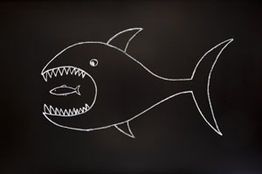 Singapore: Charles River Laboratories International has entered into an agreement to acquire 75 percent ownership of Vital River, the premier commercial provider of research models and related services in China, for close to $27 million.

Through this acquisition, Charles River will provide high-quality research models and associated services to the emerging China market for drug discovery and development. The acquisition is expected to close in the first quarter of 2013, subject to customary closing conditions, including Chinese regulatory approvals.

Mr James C Foster, chairman, president, and chief executive officer, Charles River Laboratories, commented, "We expect demand for research models in China to significantly increase over the next several years as drug development initiatives in academia, government and biopharmaceutical companies expand. Through our acquisition of Vital River, Charles River intends to set the standards for research models in China, the third-largest pharmaceutical market in the world, and play a leading role in this emerging opportunity."

For the last 10 years, Vital River has been a licensee for production and distribution of Charles River research models in China, with sites which reflect Charles River facility design.

The transaction is expected to add more than one percent to 2013 total net sales on a full-year basis and be slightly accretive to 2013 earnings per share. When the acquisition is completed, Vital River will be majority owned and controlled by Charles River. The agreement provides an option for Charles River to acquire the remaining 25 percent of Vital River at a later date.