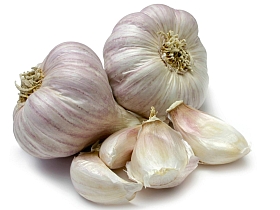 Even smokers may prevent lung cancer by eating raw garlic

Moreover, the risk of lung cancer in smokers, who consumed raw garlic, dropped by 30 percent. The study was published in the journal Cancer Prevention Research.

The conclusion was based on the analysis of data of 1,400 lung cancer patients and 4,500 healthy adults that was collected between 2003 and 2010. Raw garlic has a chemical 'allicin' that is released when it is crushed.

This chemical not only reduces inflammation but also lowers the damage that is caused from free radicals to the body cells.

A study conducted earlier at the University of South Australia showed that garlic lowers the risk of bowel tumors by one third. Several other studies have proved the effectiveness of garlic in repressing colds and inflammation.