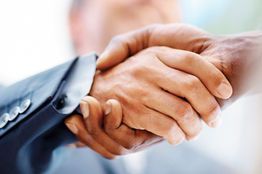 Prior to joining WuXiPRA, Dr Pusey was founding CEO of Theorem Clinical Research, where he served as president and chief executive officer, executive chairman, and board director from 2009 through 2013. Previously, Dr Pusey served as senior vice president and general manager of global clinical development at MDS Pharma Services. During his tenure at both of these global CROs, he successfully reorganized and developed their Asian businesses for significant growth.

Dr Pusey has also served as president and chief executive officer of Orthologic, a biotechnology company based in Phoenix, Arizona; as executive vice president of the Pfizer-Serono joint venture on multiple sclerosis; and in a variety of roles at AstraZeneca and SmithKline Beecham. Before his business career, Dr. Pusey was a practicing physician at Royal Free Hospital, King George Hospital, St. Bartholomew's Hospital, and the Whittington Hospital, all based in London.

"We are pleased that Dr. Pusey has joined the company," said Mr Colin Shannon, president and CEO, PRA. "His global experience in the CRO market will be an asset to WuXiPRA. With clinical trials continuing to expand in China, having Dr. Pusey onboard will allow us to establish a stronghold in the region."