Scientists confirm that bats are source of SARS 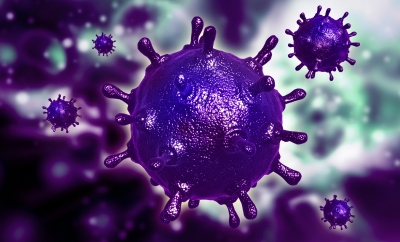 Singapore: A group of international scientists have isolated a close relative of the Severe Acute Respiratory Syndrome coronovirus (SARS-CoV) from horseshoe bats in China, confirming them as the origin of the virus responsible for the 2002-03 pandemic.

The study has been published in Nature and has been established after a ten year long research led by Professor Zhengli Shi from the Wuhan Institute of Virology in China along with Professor Linfa Wang from the Duke-NUS Graduate Medical School.

The scientists have isolated a very close relative of the SARS coronavirus from bats in China, confirming them as the origin of the pandemic. "During the original SARS outbreak in the wet markets of Guangdong province in China, it was thought that bat viruses first infected civets - small mammals native to tropical Asia and Africa - and then evolved to infect people through this intermediate host," the study published in Nature said.

It suggested that SARS may have originated from one of these bat viruses, precluding civets from playing a part in the human infection process.

"We have been searching for this missing link for 10 years, and finally we've found it," said Professor Zhengli Shi from the Wuhan Institute of Virology in China who led the research team that included Professor Linfa Wang from the Duke-NUS Graduate Medical School.

The results are based on genetic analyses of live samples taken over the course of a year from members of a horseshoe bat colony in Kunming, China. At least seven different strains of SARS-like coronaviruses were found to be circulating within the single group of bats.

The research is the first time that scientists have been able to isolate a live SARS-like virus from bats. It will allow them to conduct detailed studies to create control measures to thwart outbreaks and provide opportunities for vaccine development.