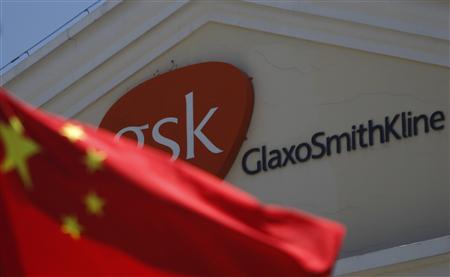 British finance director of GlaxoSmithKline China, Mr Steve Nechelput has been prohibited by the police from leaving the country even as investigations into the bribery scandal continue

Singapore: Even as police in China are investigating claims of bribery against the British drug major for bribing doctors with cash and sexual favors, the head of finance of the company in China has been banned from leaving the country.

A travel ban has been placed on Mr Steve Nechelput, GSK's finance chief who tried to fly out of the country three weeks back, but was told then that he had been banned from leaving.

Further, the Foreign and Commonwealth Office (FCO) has said that diplomats were aware of an incident involving Mr Nechelput and are providing consular assistance.

The Chinese police have raised concerns that Mr Mark Reilly, the head of GSK's Chinese operations left the country merely a few days after the bribery investigations were announced and has not returned yet.

Meanwhile, GSK's chief executive, Sir Andrew Witty announced that he is stepping down from his role on the board of the Department for Business, Innovation and Skills at the end of the year. "His decision is not related in any way to the current issues the company is facing in China," GSK clarified.

Chinese Food and Drug Administration indicated that the probe into GSK's activities would be extended to other drug companies. "We must resolutely punish illegal acts, resolutely close illegal enterprises and firmly recall problematic products," Wu Zhen, a deputy director of the agency said.

GSK is said to have hired auditors Ernst and Young to carry out an independent review of its systems in China. Further, it has also sent internal auditors to China in order to establish the depth of the situation.

The UK Serious Fraud Office (SFO) has been reviewing the bribery allegations against GSK in China and as a British company, GSK could face prosecution under Britain's Bribery Act.