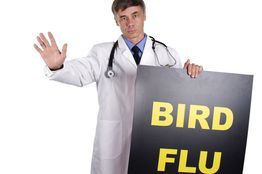 The total number of confirmed cases of human infection with influenza A(H7N9) virus in China is seven. Three confirmed cases were reported earlier from Shanghai and Anhui provinces, including two deaths.

More than 160 close contacts of these four cases in Jiangsu province are being closely monitored. So far, none of them have developed any symptoms of illness. Retrospective investigation is ongoing into two contacts of one of the cases reported earlier from Shanghai. Both of these contacts developed symptoms of illness; one died and the other recovered. No laboratory confirmation is available for these two contacts.

The Chinese government is actively investigating this event and has heightened disease surveillance for early detection, diagnosis and treatment. Infection prevention and control has been strengthened in health-care settings.

Communication efforts between human and animal health and industry sectors have increased. The government has advised the population to maintain good personal hygiene, including frequent handwashing and avoiding direct contact with sick or dead animals.