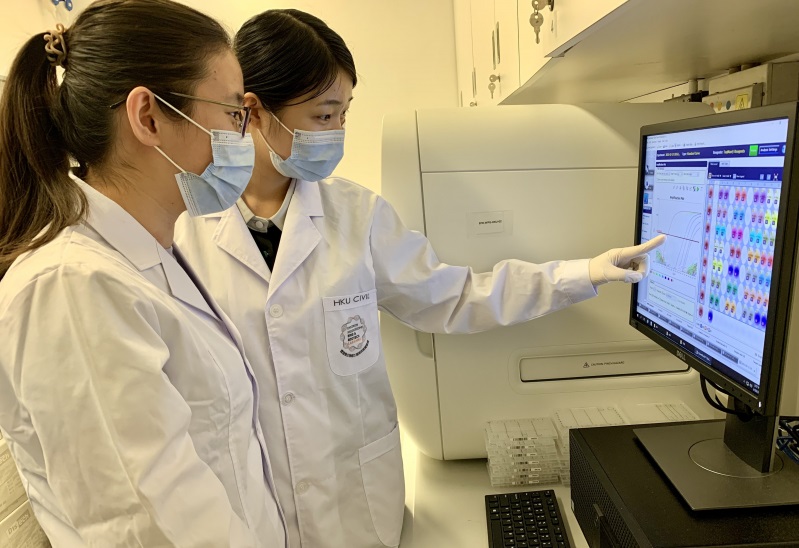 In Hong Kong, the sewage monitoring technology developed by the University of Hong Kong (HKU) multidisciplinary team led by Professor Tong Zhang of the Department of Civil Engineering has been incorporated as one of the key components of the control strategy for fighting against COVID-19 since December 2020.

With primer-probe sets designed by the team and published in the literature, the new method can detect multiple unique and specific mutation sites of different types of variants and identify the type of variants with a high level of accuracy. Compared with genomic sequencing, this method has a much shorter turn-over time (from at least two days reduce to a few hours) and can serve as a rapid screening of different variants for quick follow-up actions.

Recently, the team applied this new method and successfully identified the Delta variant (first identified in Indian) in a sewage sample collected on June 21, 2021 from Tai Po.  The sewage test results served to alert the first introduction of the Delta variant in local community sewage one day before the case was being reported on June 23 through the clinical test, and three days before this case was confirmed as the Delta variant carrier by genomic sequencing in the afternoon of June 25.

With the collation of more comprehensive data in the past months, the research team is working together with the Government on choosing a more suitable sewage sampling time, simplifying the sample pre-treatment procedure, increasing the sampling and testing capacity, developing new methods for variants, and integrating clinical/ epidemiological data, to further develop the sewage surveillance system into a more powerful tool to facilitate decision-making in fighting the SARS-CoV-2. Such systems will also be useful as a part of the future smart city to protect people from known pathogens and emerging pathogens.