To promote the integration of traditional Chinese medicine and western medicine 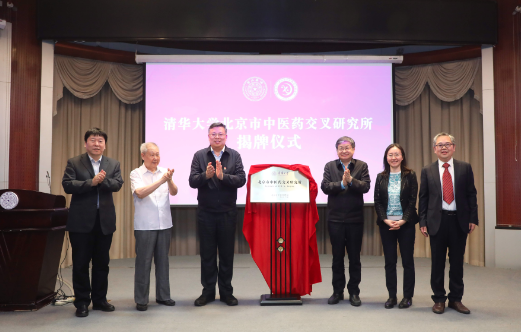 The school strongly supports the interdisciplinary research institutes to take advantage of the comprehensive disciplines of Tsinghua University, consolidate the strengths of various departments, actively enterprising, and work together to become a brand-new banner leading the innovation and development of Chinese medicine.

The Beijing Municipal Administration of Traditional Chinese Medicine will actively integrate relevant resources in Beijing and vigorously support the construction of the institute. It is hoped that the interdisciplinary institute can use its own advantages and promote the integration of traditional Chinese medicine and western medicine.

The document pointed out that the interdisciplinary research institute should build on the discipline advantages of Tsinghua University, integrate relevant high-quality resources, actively carry out scientific research on integrated traditional Chinese and western medicine, explore a multidisciplinary interdisciplinary collaborative innovation mechanism based on traditional Chinese medicine, and strive to become a promotion model for the development of integrated western medicine.