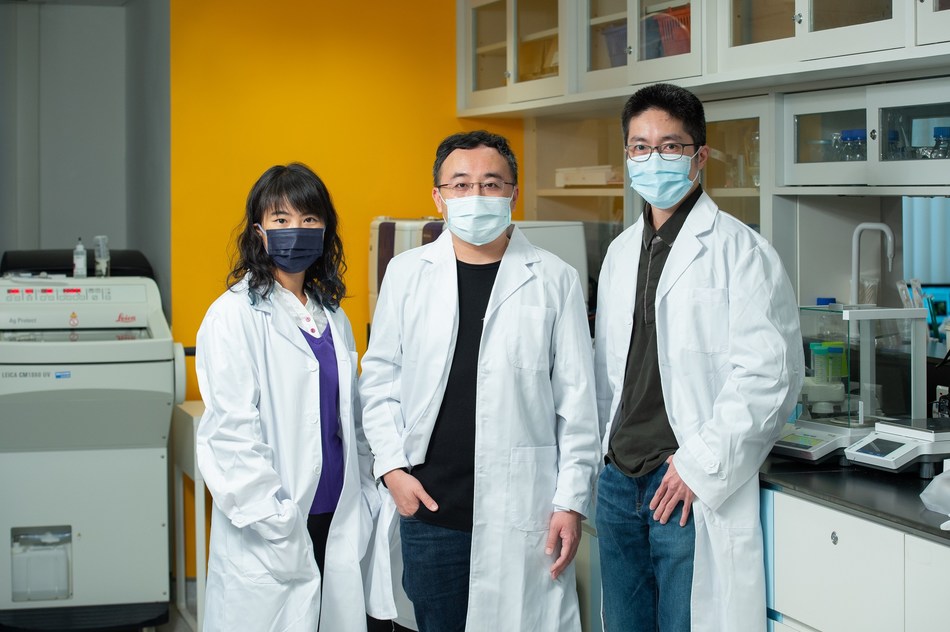 A Hong Kong Baptist University-led (HKBU) research team has developed a novel drug which has the potential to become a next-generation treatment for cancers associated with Epstein–Barr virus (EBV).

The peptide-linked drug, which is responsive to the acidic environment found in tumours, is the first known agent to have successfully targeted two viral proteins that are simultaneously produced by EBV.

The research results were published in the international academic journal Advanced Science.

This novel dual-targeting drug employs the treatment mechanisms of: (1) targeting and binding to EBNA1, making it no longer functional, and (2) inhibiting LMP1 and serving as an imaging agent.

In addition, the researchers engineered the drug so that it has excellent sensitivity to an acidic environment. When the drug binds to a tumour cell, its peptide will cleave and be released in response to the acidic tumour microenvironment. It then enters the nucleus of the tumour cell and hinders the function of EBNA1.

The novel drug was tested in an animal model by injecting it into mice with EBV-positive NPC tumours. The results showed that a low drug dosage of 12.5 mg per kg of body weight could reduce the NPC tumour size by half.

"The experimental results are good indicators that prove the drug's efficacy and safety. Since this is the first example of simultaneous imaging and inhibition of two EBV viral proteins, it can serve as a blueprint for a next-generation drug for the safe monitoring and treatment of a specific cancer," said Professor Ka-Leung.

Other members of the research team include Dr Di Jinming, Associate Professor of Surgery of The Third Affiliated Hospital, Sun Yat-sen University.