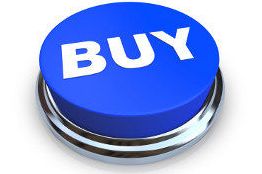 Singapore: Simcere Pharmaceutical's board of directors received a non-binding proposal letter from Mr Jinsheng Ren, New Good Management, Assure Ahead Investments and its affiliates, which is being called the buyer group.

The deal is pursuant to the fact that the buyer group proposes to acquire all of the outstanding ordinary shares of the company, not currently owned by the buyer group, for $9.56 per American depositary share (ADS) or $4.78 per ordinary shares in cash. New Good Management is a British Virgin Islands company controlled by Mr Jinsheng Ren, chairman of the board of directors of the company.

According to the proposal letter, which is dated March 11, 2013, the buyer group will form a transaction vehicle for the purpose of pursuing the proposed transaction, which is intended to be financed with a combination of debt and equity capital.

The company's board of directors has formed a special committee of independent directors consisting of Alan Au and Guoqiang Lin to consider the proposed transaction, with Alan Au as its chairman. The committee intends to retain advisors, including an independent financial advisor and legal counsel, to assist it in its work.

No decisions have been made by the committee with respect to the company's response to the proposed transaction. There can be no assurance that any definitive offer will be made, that any agreement will be executed or that this or any other transaction will be approved or consummated.