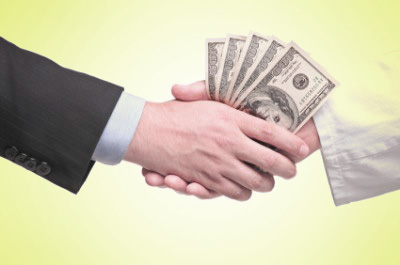 Singapore: Two weeks after intense investigations into GlaxoSmithKline's (GSK) operations across China, the country's security ministry has said that those involved have confessed to 'serious corruption and tax related offences'.

Certain senior executives from the Chinese operations of the leading British drug maker were detained on June 28 by the Changsha police following allegations of 'serious economic crimes'. The executives have now confessed to have bribed doctors and officials in order to 'open new sales channels and increase drug revenues.' Further, the statement published on the website of the security ministry explained that these employees have accepted to have used fake receipts to violate tax regulations.

The statement said, "The police have been carrying out investigations in Shanghai, Zhengzhou and Changsha. After initial questioning the suspects have admitted to the crimes, and the investigation is ongoing."

GSK has rejected the charges in a statement claiming that the company takes such allegations seriously. "We take all allegations of bribery and corruption seriously. We continuously monitor our businesses to ensure they meet our strict compliance procedures. We have done this in China and found no evidence of bribery or corruption of doctors or government officials. However, if evidence of such activity is provided we will act swiftly on it."

The statement added, "We are willing to co-operate with the authorities in this inquiry. But this is the first official communication GSK has received from the Public Security Bureau (PSB) in relation to the specific nature of its investigation."

As per the company statistics, GSK's China sales account to three percent of the group's turnover and under the country's legal system these executives could be formally charged after the preliminary investigations complete. This case is now being dubbed as one of the most prominent graft cases involving a foreign company in three years.