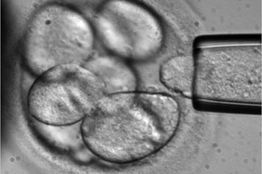 Singapore: A new study by Reports and Reports predicted that the stem cell therapy market in Asia Pacific (APAC) will grow in value from $545 million in 2012 to $972 million in 2018, at a compound annual growth rate (CAGR) of 10 percent. The market would be fueled by the renewed interest by the respective governments of India, China, Japan, South Korea and Singapore to provide cures for a range of diseases.

The growth in the APAC stem cell therapy market will not only provide treatment options but will also contribute significantly to the countries' gross domestic product (GDP). In order to support the stem cell industry, regulatory guidelines in APAC countries allow stem cell research, and this has led to its commercialization.

Stem cell therapy is an emerging field, and a large amount of research is currently being carried out by institutions such as hospitals, universities and medical colleges. According to this research and analysis, 63 percent of pipeline molecules were being researched by academia. The emergence of institutional research has boosted stem cell discoveries, as companies can be put off conducting research due to uncertain therapeutic outcomes.

China and Japan witness only a negligible industry presence in stem cell research, as academic institutions dominate, however, in contrast, India has the presence of both industry and academia. The major institutions engaged in stem cell research in India are LV Prasad Eye Institute (LYPEI) for Limbal Stem Cell Technology (LSCT), and the Post Graduate Institute of Medical Education and Research (PGIMER) for stem cell therapy for type 2 diabetes mellitus. The market is poised for significant growth in the future, due to the anticipated launch of JCR Pharmaceuticals' JR-031 in Japan in 2014, and FCB Pharmicell's Cerecellgram (CCG) in South Korea in 2015.