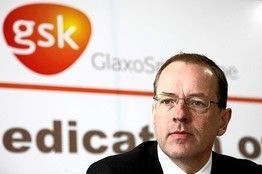 Singapore: After facing a storm of controversy in China, Sir (Dr) Andrew Witty, CEO, GlaxoSmithKline (GSK) visited the country accompanying UK Prime Minister Mr David Cameron on his trade mission. Sir Andrew led a delegation of more than 100 business people, academics and support staff as part of promoting their country to the business leaders and politicians in China.

Even as the company continues to face intense investigation in China following the bribery, corruption and sexual favors scandal that broke out earlier this year, Dr Witty is said to be planning a meeting with a small number of GSK's 7,000 staff in China. The scandal is said to have driven the company's Chinese sales to slide 61 percent in the three months, until end of September. Further, the UK Prime Minister is said to be planning to raise the situation with Chinese leaders as part of his four-day trip.

The visit is said to broadly aim at helping UK lay the ground for a multi-billion-dollar free trade deal between Beijing and the European Union. Mr Cameron has said that he wanted his country to play an important role in China's expansion.

On his visit, he wrote in Caixin, a Chinese weekly news magazine, that, "China's transformation is one of the defining facts of our lifetime. There is a genuine choice for every country over how to respond. They can choose to see China's rise as a threat or an opportunity. Britain's answer is clear. We want to see China succeed."