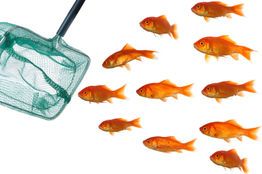 Singapore: ShangPharma, a leading China-based pharmaceutical and biotechnology R&D outsourcing company, has completed the merger contemplated by the previously announced agreement and plan of merger dated December 21, 2012, by and among the company, ShangPharma Holdings, ShangPharma Parent and ShangPharma Merger Sub. As a result of the merger, the company has now become a wholly-owned subsidiary of parent.

Under the terms of the merger agreement, which was approved by the company's shareholders at an extraordinary general meeting held on March 20, 2013, all of the company's ordinary shares (including ordinary shares represented by American depositary shares, each representing eighteen ordinary shares or ADS) issued and outstanding immediately prior to the effective time of the merger have been cancelled and converted into and exchanged for the right to receive $0.50 per ordinary share or $9.00 per ADS, in each case, in cash, without interest and net of any applicable withholding taxes.

The company intends to terminate its reporting obligations under the Securities Exchange Act of 1934, as amended, by promptly filing a Form 15 with the SEC. The company's obligation to file with the SEC certain reports and forms, including Form 20-F and Form 6-K, will be suspended immediately as of the filing date of the Form 15 and will cease once the deregistration becomes effective.