Why does NYSE want to delist China Botanic? 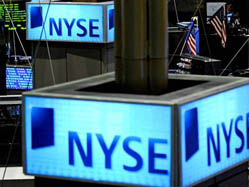 Singapore: China Botanic Pharmaceutical received a notice of failure to satisfy continued listing standards from the New York Stock Exchange (NYSE) stock exchange. NYSE had previously warned China Botanic for not complying with Section 803(B)(2)(a)(iii) of the NYSE MKT LLC Company Guide. The non-compliance was a result of the resignation of Mr Zack Pan from the company's board of directors, audit chair and committees.

The letter indicates that the company continued listing deficiency, referenced in the letter from the NYSE dated January 12, 2013. The staff of the NYSE MKT Corporate Compliance Department has determined that based upon its review of the Form NT 10-K filed on January 30, 2013, and subsequent discussions, the company will be unable to timely file its Form 10-K for the period ending October 31, 2013, by February 14, 2013.

The company in it's Form NT 10-K indicated that management has encountered delays in completing the consolidated financial statements and has had corresponding delays in completing its annual audit. As such, information necessary for the filing of a complete and accurate report on Form 10-K cannot not be gathered within the prescribed time period without unreasonable effort and expense.

The company mentioned that it remains committed to completing its Form 10-K at the earliest possible time, but does not currently anticipate its completion within the fifteen calendar days following the prescribed due date. The timely filing of the Form 10-K is a condition for the firm's continued listing on the exchange under Sections 134 and 1101 of the NYSE MKT LLC Company Guide.