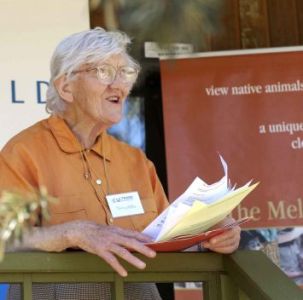 Singapore: Eminent Australian microbiologist Emeritus Professor Nancy Millis AC, who served as the chancellor of La Trobe University for 14 years, passed away on September 29, 2012. Also known as the Australia's "first lady" of biotechnology for her contributions to the study of biotechnology, especially fermentation, wastewater and environmental biotechnology, she died at the age of 90.

The website of the La Troube University quotes Vice-Chancellor Professor Mr John Dewar as saying "her list of accomplishments was immense". During her time as the chancellor, she was a familiar figure on La Trobe campuses throughout Victoria, presenting degrees and diplomas to an estimated 30,000 graduates. When she retired from the role of chancellor, the university honored her with the degree Doctor of Science (honoris causa). She retired from the university in 2006.

She was born in Melbourne in 1922, the fifth child of six, and attended high school at Merton Hall, an Anglican grammar school for girls. She left school before completing her studies when her father had a heart attack. Later, she attended business college, worked for a customs agent and then as a technician at the CSIRO. When the University of Melbourne refused her entry into the bachelor of science, she managed to get into a degree of agricultural science. In 1945, she graduated with a BAgSc, and went on to complete a master's degree studying the soil organism, Pseudomonas, in 1946.

She traveled to Papua New Guinea with the Department of External Affairs to teach women agricultural methods. She returned when her posting was cut short due to serious illness and she had to be airlifted to Brisbane. After recovering, she applied for a Boots Research Scholarship at the University of Bristol and spent three years working on the fermentation of cider, and micro-organisms that can affect the process.

Prof Millis was one of five Australian scientists recognized on the 'Australian Legends' series of stamps in 2002. She also has to her credit a string of scientific and civic accolades, including election to the Australian Academy of Science, an MBE and a Companion of the Order of Australia. On her retirement, the International Journal of Systematic and Evolutionary Microbiology reported a newly discovered bacterium named Millisa brevis in recognition of her contribution to water microbiology.