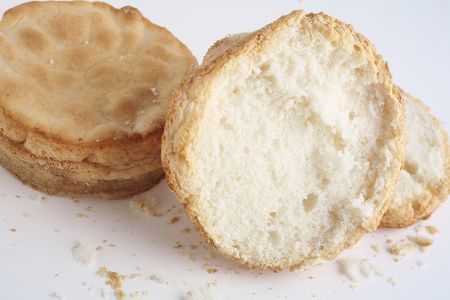 The use of X-ray crystallography has enabled researchers to visually determine how T cells interact with gluten. Photo: Bigstock

Singapore: A link between gluten and the immune system has literally been visualized in new research published in the scientific journal Immunity. The discovery is the collaborative work of research groups in Australia, the Netherlands and ImmusanT based in Cambridge, Massachusetts, led by Professor Jamie Rossjohn and Dr Hugh Reid at Monash University in Australia, Dr Bob Anderson of ImmusanT and Professor Frits Koning at the University of Leiden in the Netherlands.

The use of X-ray crystallography enabled the researchers to visually determine how T cells interact with gluten that causes celiac disease in patients who have the DQ8 susceptibility gene, thereby providing insight into how celiac disease pathology is triggered. About half the population is genetically susceptible to celiac disease because they carry the immune response genes HLA-DQ2 or HLA-DQ8. At least one in 20 people who carry HLA-DQ2 and about one in 150 who have HLA-DQ8 develop celiac disease, but people with other versions of the HLA-DQ genes are protected. This has led researchers to question how the immune system senses gluten.

Celiac disease is an inherited autoimmune disorder that affects the digestive process of the small intestine. When a person with celiac disease consumes gluten, a protein found in wheat, rye and barley, the individual's immune system responds by triggering T cells to fight the offending proteins, damaging the small intestine and inhibiting the absorption of important nutrients into the body. With no available drug therapy, the only option for the approximately one percent of the global population that has celiac disease is to eliminate gluten from the diet.

"This is the first time that the intricacies of the interaction between gluten and two proteins that initiate immune responses have been visualized at a sub-molecular level. It is an important breakthrough for celiac disease and autoimmune disease," said Professor Jamie Rossjohn, National Health and Medical Research Fellow, Monash University.

This central event in celiac disease is of scientific and commercial interest. ImmusanT is currently developing a blood test and a therapeutic vaccine, Nexvax2, for patients with celiac disease who carry HLA-DQ2. Nexvax2 uses three gluten peptides commonly recognized by gluten-reactive T cells. Nexvax2 is intended to restore immune tolerance to gluten and allow patients to return to a normal diet including gluten.

Dr Bob Anderson, chief scientific officer at ImmusanT, commented, "Because we now know the gluten peptides responsible for celiac disease, this is a unique opportunity to interrogate the molecular events leading to a self-destructive immune response."

"ImmusanT and its collaborators continue to uncover new insights that deepen our understanding of mechanisms of immunity in celiac disease," said Leslie Williams , CEO and president of ImmusanT.
This work was supported by an Australian Research Council Linkage grant and ImmusanT.