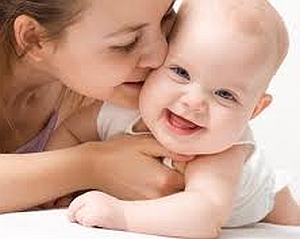 Researchers identified 19 mutations in KLHL40, which plays a major role in muscle development and function

Singapore: One of the genes which causes a muscle disease so severe that newborn babies rarely survive beyond a few days has been discovered by an international team of scientists, coordinated by The University of Western Australia affiliate, the Western Australian Institute for Medical Research (WAIMR).

WAIMR's Laboratory for Molecular Genetics, headed by UWA Winthrop Professor Nigel Laing and globally recognized for its research into an inherited condition known as nemaline myopathy, coordinated a worldwide research effort that led to the discovery of the gene KLHL40. The gene is now known to cause 20 percent of cases within a particularly severe version of the disease.

Researchers identified 19 mutations in KLHL40, which plays a major role in muscle development and function. Babies with the gene mutation had severe muscle weakness allowing little movement within the womb, as well as fractures, respiratory failure and swallowing difficulties at birth.

"I've wanted to find these genes since 1996, so it's a fantastic step forward," Professor Laing said. "Even 17 years ago we felt this disease was a different level of severity of nemaline myopathy so it was likely to be a different group of muscle proteins involved. After years of work, that has turned out to be the case," he said. "We've been contacted by doctors from around the world asking when they can use prenatal screening for prospective parents with a family history or symptoms during pregnancy."

He added, "Now that this study has been published in The American Journal of Human Genetics, prenatal and pre-implantation testing can go ahead. It's a great result."

The international study was coordinated largely by the paper's lead author, Assistant Professor Gina Ravenscroft, who is based at WAIMR's Nedlands campus. "Our research began with a Western Australian couple whose baby died after five days and a Turkish couple who tragically lost three babies in a row," she said. "As our study expanded, researchers around the world studied DNA samples from families in countries including Japan, Vietnam, France, Turkey, Italy, Israel and Sweden," she added. "It's wonderful to make a discovery that benefit couples all over the world who unfortunately carry these terrible diseases, and we couldn't have done it without the DNA sequencing facility established here in WA. Our next-generation sequencing technology allowed us to coordinate this huge study, involving 26 institutes around the world, from Perth, Western Australia," said Dr Ravenscroft.

Professor Laing said mutations found in the gene were modeled in zebrafish both in Japan and at Monash University in Melbourne so researchers could learn more about the way the KLHL40 mutations affected muscle development and function. "We're a very collaborative family of people around the world working in muscle diseases," he said. "Having pre-natal or pre-implantation screening for this particular gene will save parents of many nationalities a lot of heartache," said Professor Laing.

The team and collaborators are now working to find more of the genes responsible for this severe type of nemaline myopathy.