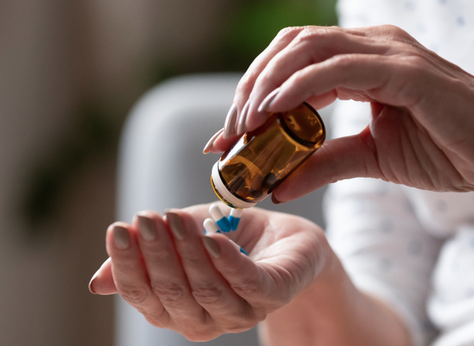 Older people taking a medicine used to treat anxiety and insomnia – nitrazepam – as well as those on antidepressants, are twice as likely to suffer postoperative delirium after hip and knee surgery, a new Australian study has found.

The finding has prompted calls by University of South Australia (UniSA) researchers for older patients to temporarily cease these medications or change to safer alternatives prior to surgery.

Apart from nitrazepam, five medications – commonly prescribed for depression and various anxiety disorders including obsessive-compulsive disorder and post-traumatic stress disorder – were associated with delirium, although not to the same extent. They included mirtazapine, sertraline, venlafaxine, citalopram and fluvoxamine. However, no link was found between pain-relieving opioids and delirium.

The UniSA study is the first to investigate the link between specific medications and delirium after surgery. Previous studies have been broader in scope, considering a range of factors predisposing older patients to delirium.

The researchers hope that evidence-based recommendations can be implemented into clinical practice so that delirium risk by medicines can be reduced.