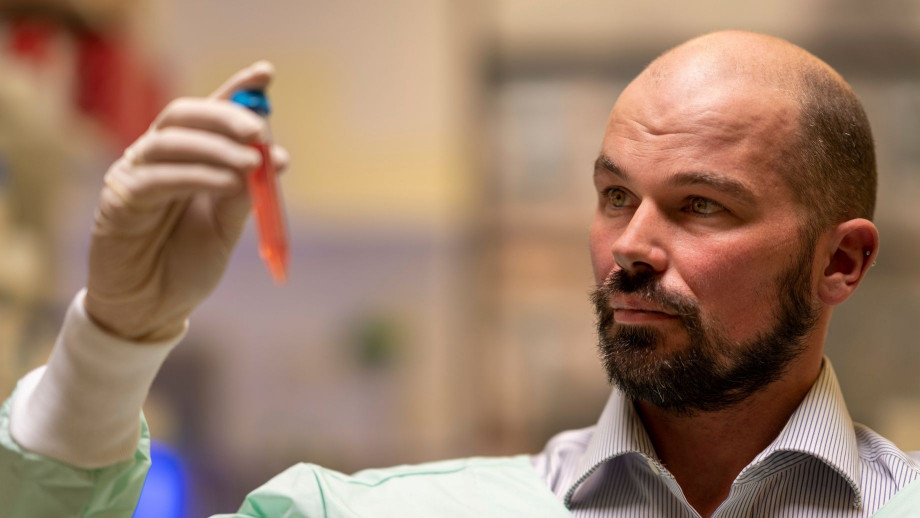 Researchers from The Australian National University (ANU), in collaboration with The Florey Institute of Neuroscience and Mental Health, have developed a new type of hydrogel that could radically transform how we treat Parkinson's disease.

The gel also offers hope for patients who have suffered from other neurological conditions such as strokes. By putting the stem cells into a gel, they are exposed to less stress when injected into the brain and are more gently and successfully integrated. Although dopamine-related drugs are a readily used treatment for people living with Parkinson's disease, many have undesirable side effects that are exacerbated with time.

The new material is made from natural amino acids - the building blocks of proteins - and acts as a gateway to facilitate the safe transfer of stem cells into the brain and restore damaged tissue by releasing a growth-enabling protein called GDNF.

"When we shake or apply energy to the hydrogel, the substance turns into a liquid which allows us to inject it into the brain through a very small capillary using a needle. "Once inside the brain, the gel returns to its solid form and provides support for the stem cells to replace lost dopamine neurons" Professor David Nisbet, from the ANU John Curtin School of Medical Research (JCSMR), said.

Professor Clare Parish, Head of the Stem Cell and Neural Development Laboratory at The Florey Institute, said: "Through the use of the hydrogel technique we demonstrated increased survival of the grafted dopamine neurons and restored movement in an animal model of Parkinson's disease."

"The stem cell transplant delivered in this hydrogel on the other hand avoids many of these side effects and could provide a one-off intervention that can sustain dopamine levels for decades to come," Professor Parish said.

"The hydrogel has the potential to also treat patients who have suffered a stroke and could even be used to treat damaged knees or shoulders, following successful animal trials. When we introduced the gel technology with the stem cells we saw a huge improvement in the animals' coordinated paw movement and overall motor function recovery," adds Prof Nisbet.

The hydrogel technology is cost-effective and easy to manufacture on a mass scale, and it's hoped the treatment could soon be made available in hospitals, but it must first undergo clinical trials. The research team is checking the safety, efficacy, and regulatory approval before taking the technology into the clinic.