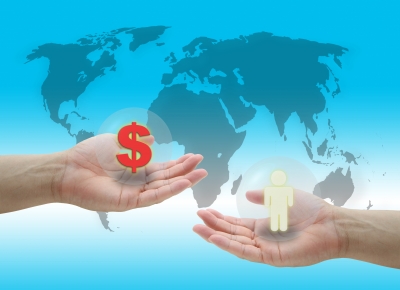 Singapore: At the company's annual general meeting in Brisbane last week, AusBiotech announced the appointment of two new directors to its board.

AusBiotech chair, Dr Deborah Rathjen, said that, "We warmly welcome our two newly elected directors to the AusBiotech leadership team. Julie Phillips has, time and time again, shown her enthusiasm and commitment to developing the industry. As the CEO of an emerging biotech company, her viewpoint will be well placed to reflect a major segment of AusBiotech's membership, particularly at a policy level. The board and I also welcome Dr Andrea Douglas, who brings to the board extensive experience in R&D and product development, and a return to the board of a representative of Australia's largest biotech company, CSL."

Beyond her role as CEO of BioDiem, Ms Phillips has also been a passionate and vocal advocate for the biotechnology sector and the opportunity it poses for Australia. She is currently an AusBiotech representative member of the Pharmaceutical Industry Council (PIC).

Following a stint as a clinical pharmacist in major Sydney teaching hospitals, Ms Phillips moved to 'big pharma' and spent more than 15 years working in regulatory affairs, clinical trials and pharmacoeconomics, where she was involved in the industry's input into Australia's 'world's first' cost-effectiveness guidelines to support pricing applications to the Pharmaceutical Benefits Scheme.

Ms Phillips then moved her focus to Australian start-ups, gaining experience over the past decade as a director and CEO of many Australian life sciences companies, including ASX-listed companies. Ms Phillips holds a Bachelor of Pharmacology, Master of Science and a Master of Business Administration.

"I am very pleased to be elected to the AusBiotech board and wish to thank the members for this privilege. The Australian biotech industry sits in a perfect position to transform lives and grow the Australian economy. AusBiotech with its energetic staff and board has been outstanding in its achievements and is visionary for our industry's future. I look forward enthusiastically to contributing as a director," she said.

As vice president of strategy and portfolio at CSL, Dr Andrea Douglas manages the global R&D product portfolio and investment and prioritisation processes. Dr Douglas is secretary of the Board Innovation and Development Committee and the CEO's Strategic Leadership Group. In this role she has overseen the global R&D investment, which has grown from around $150 million-to-$500 million each year.

Dr Douglas has held various roles at CSL since 2005, including head of R&D project management and program director, influenza, where she had oversight of the licensure of CSL's influenza vaccine in the US and Europe, development and registration of CSL's prototype pandemic H5N1 vaccine, successful negotiation of pandemic vaccine supply and funding contracts with Australia, Singapore and New Zealand and development of CSL's Pandemic Preparedness Action Plan.

Before joining CSL, Dr Douglas was the CEO of the CRC for Discovery of Genes for Common Human Diseases. Prior to this she was a senior researcher at the Walter and Eliza Hall Institute of Medical Research and the Royal Melbourne Hospital.

Dr Douglas holds a Bachelor of Science with first class honours, Master of Health Administration and a PhD in Forensic Medicine. She is also a graduate of the Australian Institute of Company Directors.

"I am delighted to be able to contribute to the work of Australia's premier biotechnology industry body: both at a personal level and to continue to bring CSL's support to the industry's growth," she said.

The AGM also marked the retirement of AusBiotech director Dr Meera Verma, who joined the board in October 2010 when working with Hospira and later became proprietor of Headland Vision. Dr Verma served as the chair of the Risk and Audit Sub-Committee (RaSC) from 2011.