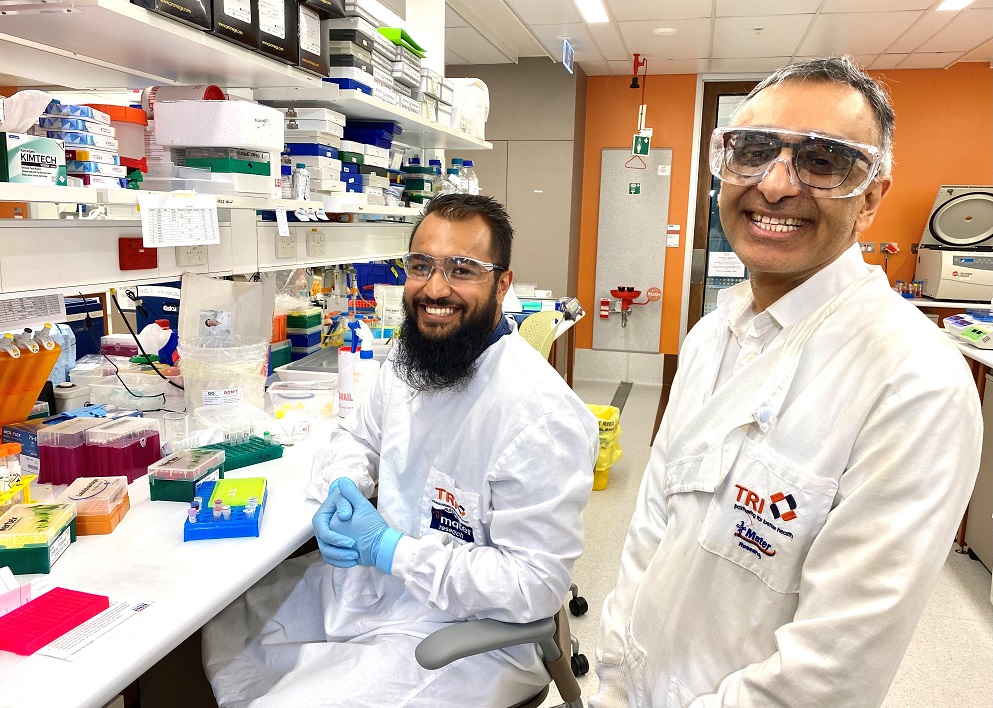 Professor Gandhi who conducted his therapy at the Transitional Research Institute explains how a patient who is immuno-compromised can be treated with such precision-based medicine.

“The brain lymphoma made him very unwell, he was experiencing regular epileptic fits and we don’t believe he would have lived very long without the therapy; this was his only hope for surviving,” Professor Gandhi said.

“My therapy had a dual approach, targeting cancer and the glandular fever. First, I used a new type of drug, called a small molecule inhibitor, each day over 10 weeks to try and slowly kill cancer and re-educate the immune system on how to function. Because the drug works differently to chemotherapy, the patient was able to take it even though he was on dialysis. Following this, I used a vaccine to encourage the patient’s body to attack the glandular fever virus and mop up any cancer cells. Fortunately, it worked brilliantly in the patient and he has been completely cured and the transformation is remarkable.”

“While this breakthrough is a promising step in the right direction it is important to understand this treatment is still far from being available to the general public as all therapies must follow due process of testing and approvals.”

The breakthrough precision-based treatment has so far delivered strong results, with details now published in the American Society of Haematology’s journal Blood and putting Professor Gandhi in the running for Research Australia’s prestigious National Health and Medical Research Awards.