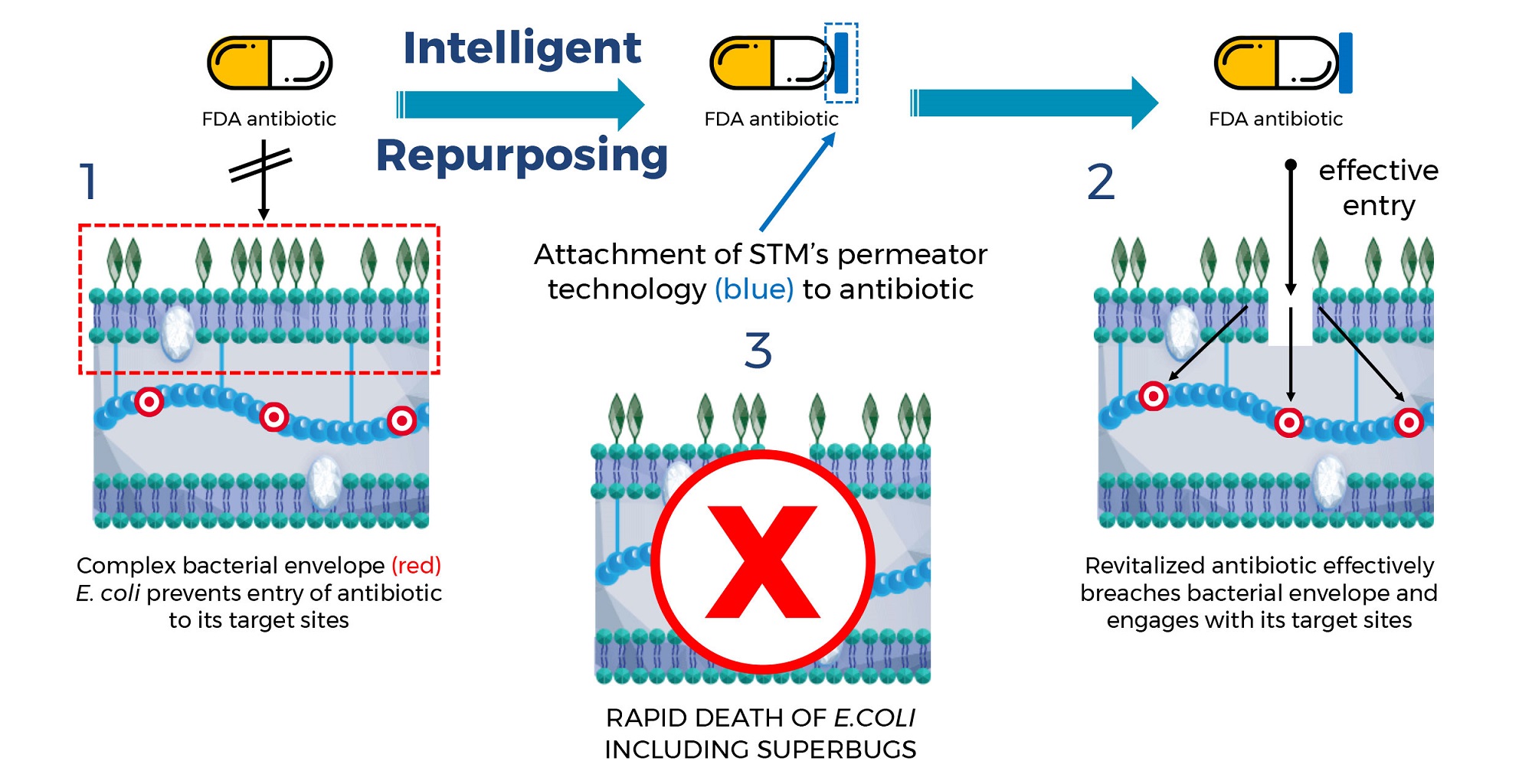 Offering new hope in the plight against antimicrobial resistance (AMR), STM has applied its patented permeator technology to the widely used antibiotic vancomycin through a process of "intelligent repurposing".  The technology, originally developed at Stanford University, attaches easily to the existing antibiotic. The modified antibiotic can effectively penetrate into urgent threat bacterial pathogens allowing a highly effective eradication of superbugs.

The lead indication for STM-001 has been confirmed as Urinary Tract Infections (UTIs), following exceptional results in pre-clinical studies and given the urgent need for better antibiotic alternatives for complicated UTIs. Selection for this clinical indication is based on compelling proof-of-concept data in a challenging animal model of E. coli infection to be published in the April issue of Antimicrobial Agents and Chemotherapy (AAC). Manuscript

"Our pre-clinical data has already shown STM-001 is effective within a broad therapeutic window and we are now working towards initiating Phase 1 clinical trials in Australia later this year" says Dr Neville CEO, SuperTrans Medical.

The STM-001 clinical trial in healthy volunteers is expected to commence late in the 2021 calendar year in Australia.

SuperTrans Medical is developing novel antibiotics through the use of its unique Guanidinium-Rich Molecular Transporter (GR-MoTr) technology. The permeator unit can be easily attached (conjugated) to existing approved antibiotics, resulting in a revitalised drug with superior anti-microbial properties. The permeator component of the antibiotic conjugate exerts a dual role to allow improved docking of the drug at the outer bacterial membrane as well as serving as a molecular "drill" to breach the membrane. Consequently, therapeutic intra-bacterial concentrations are generated which drive a rapid and complete bacterial eradication.