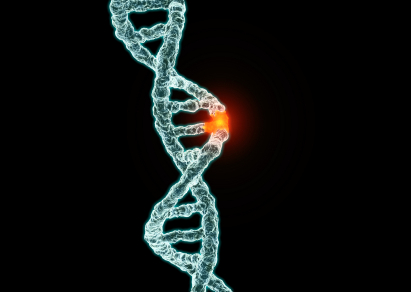 The study revealed that women with the BRCA1 mutation were 62 percent less likely to develop a second cancer if they took tamoxifen, while BRCA2 carriers had a 67 percent lower risk with the drug

Singapore: A latest research has shown that taking the drug tamoxifen is found to sharply reduce the risk of getting a second breast cancer among those women who carry either of the breast cancer genes, BRCA1 or BRCA2.

The study conducted by researchers from the Peter MacCallum Cancer Centre in Victoria, Australia concluded that taking tamoxifen may be a breast-cancer-preventing option for those women, whether or not they have already had cancer once.

A recent revelation by Hollywood starlet Angelina Jolie had brought to light that women with mutations in the BRCA1 and BRCA2 genes are much more likely to develop breast and ovarian cancer than other women. It had also brought to light the various forms of preventive healthcare options for women found with these genes and these researchers now say that taking tamoxifen is one such option.

"In light of our finding, women with a BRCA1 or BRCA2 mutation should review their cancer risk management options with their specialist clinician," the study's lead author Dr Kelly-Anne Phillips said.

The study explained that many breast cancer patients develop tumours that grow and spread when exposed to estrogen. Women with these hormone-responsive cancers are typically prescribed tamoxifen, which blocks estrogen and reduces their risk of cancer recurrence by 40 percent. However, breast cancer patients who are found with BRCA1 or BRCA2 gene mutations are not typically offered tamoxifen treatment.

"There were very few BRCA1 and BRCA2 mutation carriers in previous studies of tamoxifen for breast cancer prevention, so there has been inadequate information about whether tamoxifen is useful in that specific group of women," Dr Phillips was quoted as saying in a Reuters report.

The study first published in the Journal of Clinical Oncology revealed that women with the BRCA1 mutation were 62 percent less likely to develop a second cancer if they took tamoxifen, while BRCA2 carriers had a 67 percent lower risk with the drug. Tamoxifen was tied to fewer second cancers whether or not the women's original tumors had been estrogen-responsive, the study found.

"Our study suggests tamoxifen should now be considered for all BRCA1 and BRCA2 mutation carriers who have had breast cancer if they have chosen not to have all their breast tissue removed," Dr Phillips said. She added that women who carry the BRCA1 or BRCA2 mutation, who have not developed breast cancer may want to consider taking tamoxifen as well.

"For BRCA1 and BRCA2 mutation carriers, tamoxifen should be considered while they are young and pre-menopausal because these women are at risk of breast cancer at an early age. The most common side-effect is menopausal symptoms such as hot flushes. Most women find these tolerable but many women like to make a plan to try tamoxifen for a month or two to see how it feels, before finalizing a plan of use," she pointed out.