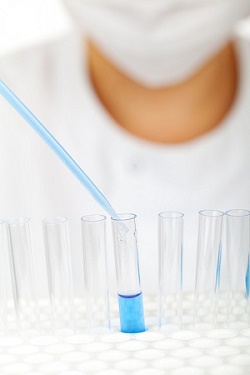 Singapore: The Australian Minister for Education, Mr Christopher Pyne, and Minister for Health, Mr Peter Dutton have announced the government's approval to invest $32.8 million (A$35 million) to advance research in the critical area of diabetes.

Speaking on the sidelines of an event, Mr Christopher Pyne said, "This announcement marks the delivery of another Coalition election commitment in a critical research area. This funding will allow the development of a national collaborative research network and research program that will work towards finding a cure for type 1 juvenile diabetes."

As per a report, Type 1 diabetes is a life-long auto-immune disease that usually occurs in childhood but can be diagnosed at any age. It is one of the most common chronic diseases in children and most newly diagnosed cases are in people less than 15 years old.

The government has pointed out in its announcement that it was very crucial that Australia was at the forefront of research in this area. "Type 1 diabetes affects 122,000 Australians, with around 20,000 of those children. More than 800,000 Australians suffer from both forms of diabetes; excluding the costs of complications, diabetes costs the Australian health system around A$1.6 billion annually," Mr Peter Dutton said.

"Australia has a proven record of progress in this difficult area of research. This initiative will build Australia's capacity in type 1 juvenile diabetes research and position our researchers for national and international collaboration, delivery, adoption and investment," Mr Pyne added.