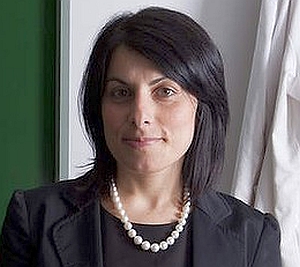 Fall from grace - Phosphagenics' former CEO Dr Esra Ogru has been implicated in the theft of $5.7 million from the company

Singapore: Phosphagenics has charged Dr Esra Ogru, its former CEO, of being implicated in the theft of $5.7 million from the firm over a period of eight years following a report by accountants Deloitte. The investigative report claimed that funds worth $5.7 million had been stolen between 2005-13, and the thefts had involved the company "paying funds in respect of false invoices".

Dr Ogru was suspended by the board of Phosphagenics on July 1, 2013, after the company noticed irregularities in its invoicing and accounting records. A new CEO has not been appointed and the firm's founder and second-largest shareholder Mr Harry Rosen has taken control of the company's operations.

Phosphagenics, which claims that it has an interest in Dr Ogru's land holdings including her $586,000 family home in Wheelers Hill in Melbourne, Australia, slapped caveats over four properties owned by Dr Ogru, together valued more than $2.3 million. Phosphagenics has also laid claim to several other properties in Australia, including a $321,000 unit in Mount Waverley, a $350,000 house in Noble Park and a $1 million beachside house in Portarlington on Port Phillip Bay.

Dr Ogru, a molecular biologist with a PhD, has been a regular on home shopping channels in recent years where she promoted various beauty treatments of Phosphagenics . Elixia and BioElixia cosmeceuticals were launched three years ago and are sold in more than 600 retail outlets throughout Australia, including Myer and David Jones, under Dr Ogru's watch.