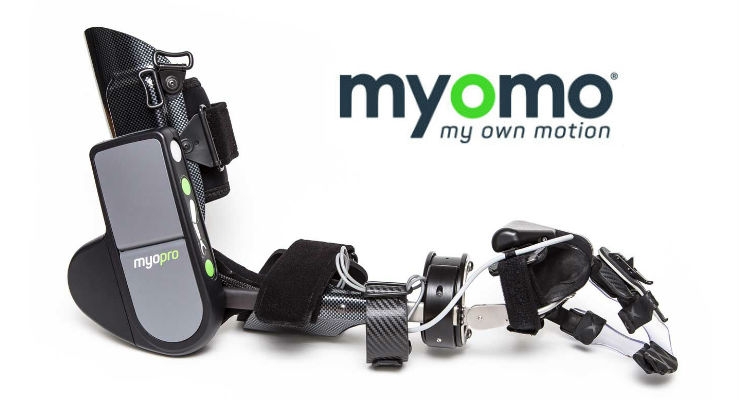 Myomo, Inc., a wearable medical robotics company that offers increased functionality for those suffering from neurological disorders and upper-limb paralysis, today announced that a Myomotrained Orthotic & Prosthetic (“O&P”) practice in Australia has received its first insurance authorization to fit a patient with a custom MyoPro device. This is the first authorization following Myomo’s entry into Australia as part of its international expansion initiative.

The practice, X-Tremity Prosthetics and Orthotics, is located in New South Wales and is operated by Jens Baufeldt.  It is supported locally by NeuroMuscular Orthotics (“NMO”), Myomo’s distributor in Australia and New Zealand.

According to Priya Armstrong, Senior Orthotist at NMO, “The patient is a 17-year-old male who was involved in a motor vehicle accident two years ago. This resulted in a traumatic brain injury that left him with upper and lower limb deficits on his left side.  We are looking forward to MyoPro helping to restore function to his arm and hand to assist him with the activities of daily living.  We hope to receive more insurance approvals as awareness of the benefits of MyoPro become known throughout Australia.”

Jon Naft, Myomo Vice President and General Manager, International, said “We are pleased that our Australian distribution partners have worked with local payers to obtain the first approval for the MyoPro.  Clinicians have created a pipeline of qualified patients across Australia awaiting such approval, and now that this first one has been received, we are hopeful many more will follow.  Australia represents an excellent market opportunity for us.”