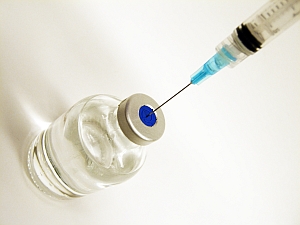 On May 10, 2013, Novavax announced that its vaccine candidate was developed and entered into pre-clinical trials in only 28 days

On May 10, 2013, Novavax announced that its vaccine candidate was developed and entered into pre-clinical trials in only 28 days, less than six weeks after initial reports of H7N9 infections on April 1.

The manufacture of the constructs used in Novavax's H7N9 vaccine candidate is powered by GenScript's Rush Gene Service, which synthesizes gene sequences in as few as four days. Normally, it takes researchers, using traditional laboratory methods, two weeks or more to assemble constructs like those used to produce an H7N9 vaccine. However, as demonstrated by the rapid development of Novavax' vaccine candidate, the combination of gene optimization, rush gene synthesis and custom cloning, facilitated by GenScript's one-stop service platform, can drastically reduce assembly time, accelerating research and development.

"Our mission is to save lives by helping scientists accelerate their research. In this case, our Rush Gene Services are the perfect example of our commitment to our mission," said Dr Frank Zhang, CEO, GenScript.