Abortion pill among new drugs to be listed on PBS 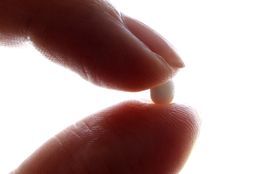 Singapore: Australia's federal health minister Ms Tanya Plibersek has revealed that drugs to treat skin cancer, as well as the controversial abortion pill RU486, will be listed on the pharmaceutical benefits scheme (PBS). Ms Plibersek said the taxpayer-funded PBS would also include a drug to treat prostate cancer and a new generation oral anticoagulant medicine for the prevention of strokes.

Ms Plibersek said Australian women have had limited access to the drugs mifepristone and misoprostol, which are used in combination to terminate a pregnancy of up to seven weeks gestation.

"By offering this different option at a very difficult time in a woman's life, I hope that we are giving more choice in what are often extraordinarily difficult circumstances," the minister said at Cancer Australia in Sydney on Sunday.

Cancer drugs due for inclusion on the PBS from August offer new hope for patients who previously could not afford the costly treatments, Ms Plibersek said. Skin cancer drug ipilimumab costs $110,000 a year for private patients but with a PBS listing comes within the reach of more than 100,000 people. Late-stage prostate cancer drug abiraterone and breast cancer medication vinorelbine are also additions to the PBS, in a move that will cost taxpayers $430 million over the next four years.

"The exciting thing about these new treatments is that they will extend the life of patients with melanoma, with prostrate cancer, with breast cancer. If we didn't subsidise these medicines through the PBS they would be out of the reach of most Australians," she said.