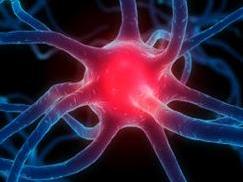 Singapore: The Australian Pharmaceutical Benefits Scheme has listed a novel treatment for Parkinson's disease in order to make it available for tens of thousands of Australian patients.

This new treatment provides a daily patch to be used once a day to provide a continuous delivery of dopamine, which will help patients control their symptoms round the clock.

As per the records, more than 64,000 Australians are currently battling Parkinson's and about 30 new patients are diagnosed everyday.

"A major challenge in treating Parkinson's is reducing these ' off' periods, particularly upon awakening," said Dr Peter Silburn, clinical neuroscientist, University of Queensland. He further believes that the government's decision to subsidise the patch is an important avancement.

The 24-hour patch may reduce the severity and duration of off- periods, but also enhance the quality of "on" states when used with existing medications, he added.

Managing the condition would become easy as there would now be a greater choice, opined Parkinson's NSW CEO Miriam Dixon in press reports. "Australia is lagging behind other countries in terms of Parkinson's treatments. There aren't as many options here as overseas," she said.

In Parkinson's, dopamine that is naturally produced by brain cells die or become impaired and eventually the central nervous system of the patient. This leads to symptoms like voluntary tremors, slow movement, loss of balance and stiffness.