Over 70% of UK gonorrhoea patients could benefit from using this cheaper, easier, oral antibiotic. 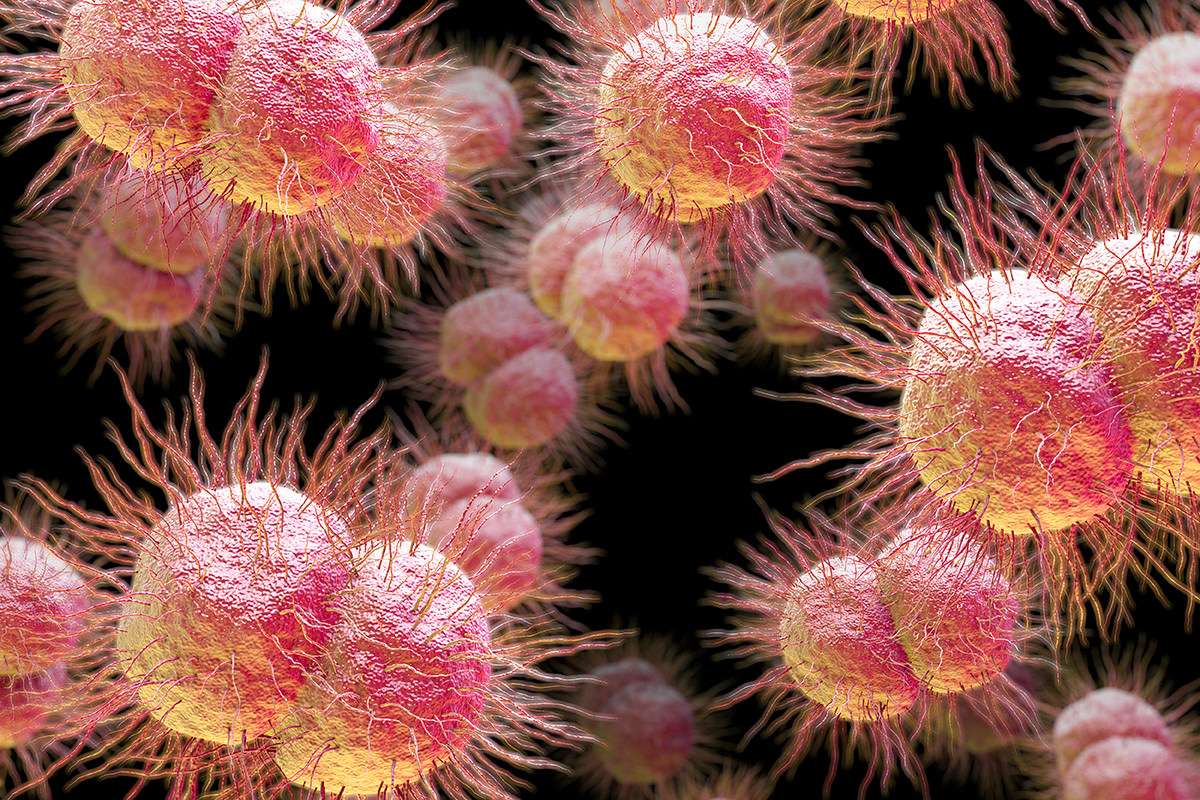 UK patients with N. gonorrhoeae (GC) now have the option of receiving the cheap and easily-administered oral antibiotic ciprofloxacin thanks to updated treatment guidelines and the availability of a novel molecular diagnostic and antimicrobial susceptibility test (AST). The new test can simultaneously diagnose gonorrhoea and provide information on whether a patient will respond to ciprofloxacin.

Global management strategies for antimicrobial resistance (AMR), such as those developed by the World Health Organisation, highlight gonorrhoea as a priority infection to manage, with more effective use of diagnostic tools listed as a key focus for future development.Today the Health Secretary Matt Hancock, is launching the UK government's 20-year vision to combat antibiotic resistance at the World Economic Forum at Davos, Switzerland.

Ciprofloxacin was the first line antibiotic of choice for uncomplicated gonorrhoea in the past but was relegated to an alternative treatment due to increasing resistance.

"As a clinician, I would like to treat as many gonococcal infections with ciprofloxacin as possible. More than ever, we rely on accurate and patient-focussed diagnostic strategies to detect and treat STIs” said Dr. John White, Consultant in Sexual Health and HIV at the Altnagelvin Hospital, Londonderry and Editor-in-Chief of the International Journal of STDs & AIDS.

The incidence of sexually transmitted infections (STIs) including gonorrhoea is increasing around the world, with corresponding increasing rates of resistance to commonly used antibiotics. The first two cases of multidrug-resistant (MDX) N. gonorrhoeae were reported in the UK at the start of 2019. These follow the first globally reported case of gonorrhoea with high-level resistance to azithromycin and resistance to ceftriaxone in England in 2018.

Called ResistancePlus® GC, the availability of the new test is timely, as the British Association of Sexual Health and HIV (BASHH) has launched its 2019 gonorrhoea management guidelines to include the use of ciprofloxacin, provided antimicrobial susceptibility results are available prior to treatment.

The new test could be critical in the battle against antibiotic resistance, helping physicians to prescribe an effective antibiotic using a resistance-guided approach. Prior to the new 2019 BASHH guidelines, ceftriaxone was the recommended front-line treatment for gonorrhoea together with azithromycin. Ceftriaxone is a painful intramuscular injection. It has long been considered the last readily available effective antibiotic for GC, and several extensively drug-resistant strains have now been isolated exhibiting resistance to ceftriaxone and many other available treatments.(5,6)

“The new guideline now recommends giving double the previously recommended dose of ceftriaxone (now 1g stat). However, they also indicate ciprofloxacin as a first-line option when antimicrobial susceptibility is known prior to treatment.(4)

Not only is this less painful for patients, it is preferable to doctors as it is a cheaper treatment that does not require specialised staff to administer the injection.(7)

“If we can use less ceftriaxone this may also help to stall the further development and dissemination of ceftriaxone-resistant strains within Europe," added Dr. John White.

As the UK now has the lowest reported rate of ciprofloxacin-resistant gonorrhoea at 26%(8), over 70% of patients could now benefit from the new guidelines and receive oral therapy if they have a test result showing ciprofloxacin susceptibility, such as is offered by the test.

ResistancePlus® GC was invented by scientists in Australia and is now able to be accessed by clinicians in the UK. It is the first commercially available molecular diagnostic test providing ciprofloxacin susceptibility information and is well placed to support current laboratory molecular testing workflows. Currently, culture methods are the routine test to determine antimicrobial susceptibility, but results can take days to produce, and many rectal (50%) and the majority of throat (70%) samples can be difficult to culture; ResistancePlus® GC can overcome these limitations.

“We are fortunate here in Europe that most of these infections can potentially be treated with ciprofloxacin using the principles of resistance-guided therapy, provided we have access to accurate and timely resistance information, which is provided by the ResistancePlus® GC assay.

Treating gonorrhoea as soon as possible is very important because gonorrhoea can lead to serious long-term health problems including pelvic inflammatory disease (PID) in women, that may result in infertility, and infection in the testicles in men.(9)

SpeeDx, the company behind the new test, received CE-IVD marking for its ResistancePlus® GC assay at the end of 2018, enabling it to be adopted in all countries where CE-mark is accepted – including the UK. It is based on a PlexPCR method that detects both N. gonorrhoeae (GC) and sequences in the gyrA gene of the bacteria associated with susceptibility to ciprofloxacin, in a single test.

“SpeeDx is proud to have pioneered the development of the new ResistancePlus® GC test which should make a big difference for patients with gonorrhoea. We already successfully developed and launched a number of diagnostic tests for sexually transmitted diseases including the ResistancePlus® MG test launched last year for the detection of Mycoplasma genitalium and resistance to macrolide antibiotics.” added Colin Denver, SpeeDx’s Chief Executive Officer.