Invitrocue declares changes in board

Dr. Steven Fang has been appointed as Chairman of the Company’s Board of Directors with immediate effect 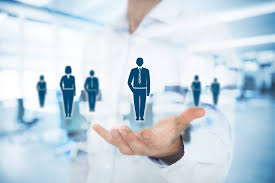 Invitrocue Limited, a leading healthcare bio-analytic solutions provider, announces the appointment of Dr. Steven Fang as Chairman of the Company’s Board of Directors with immediate effect.  Dr. Fang is a co-founder and the Executive Director of Invitrocue with more than 20 years’ experience in leading and building successful healthcare companies.

As part of the planned changes to the Board as the company transitions from one focused on the development of its Onco-PDO™ technology to a phase of commercial acceleration, Ms Jamie Khoo Gee Choo and Mr Koh Chow Yee have stepped down from their positions as Chairman and Director respectively. Ms Jamie Khoo will remain as the company’s non-executive director while Mr Koh will remain as company secretary.

Commenting on the announcement, Dr. Steven Fang, Chairman and Executive Director, Invitrocue, said: “We are grateful for the support and guidance Ms Jamie Khoo and Mr Koh have provided to Invitrocue as we moved from a research-led organisation to one that is commercialising pioneering personalised medicine solutions. With new responsibilities, I look forward to working closely with the Board of Directors to continue shaping the strategic direction of Invitrocue at this important inflection point in the company’s evolution and maximize shareholder return.”

Dr. Fang co-founded Invitrocue in March 2014 and has served as Executive Director of the company since then. A seasoned entrepreneur in the pharmaceutical and life science industries, Dr. Fang founded and served as CEO of the Cordlife Group, a consumer health company and one of the leading providers of cord blood as well as cord lining banking services in Asia, from 2001 to 2012. Dr. Fang is the Adjunct Professor of Entrepreneurship at the University of Adelaide.