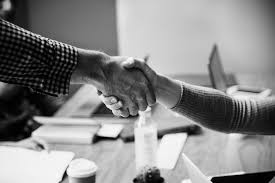 Osprey Medical’s DyeVert Plus System is the only technology cleared by the U. S. Food & Drug Administration for contrast reduction and real-time monitoring of dye dose delivered to patients during a coronary or peripheral angiogram.  Use of the DyeVert Plus System has resulted in a mean 40% contrast media (dye) volume reduction, which has been shown to be statistically significant and clinically meaningful.

The new agreement with Premier allows their members (which includes U.S. hospitals and other healthcare providers), at their discretion, to take advantage of pricing and terms pre-negotiated with Premier to purchase the DyeVert Plus Contrast Reduction System.

A Technology Breakthroughs award winner, the DyeVert System is a part of a kidney care protocol, to improve quality and patient outcomes while lowering total cost of care in patients suffering from Chronic Kidney Disease (CKD) who are undergoing coronary or peripheral angiography.  In response to this new agreement Osprey Medical’s President and CEO, Mike McCormick stated:  “We are thrilled to be collaborating with Premier and making our DyeVert System available to all Premier members. The Breakthrough Program is aligned with our corporate mission to make angiography safer for Chronic Kidney Disease patients.”

Premier is a leading healthcare improvement company, uniting an alliance of approximately 4,000 U.S. hospitals and health systems and approximately 165,000 other providers and organisations to transform healthcare. With integrated data and analytics, collaboratives, supply chain solutions, and advisory and other services, Premier enables better care and outcomes at a lower cost. Premier members, at their discretion, are able to take advantage of special pricing and terms pre-negotiated by Premier for the DyeVert Plus Contrast Reduction System.