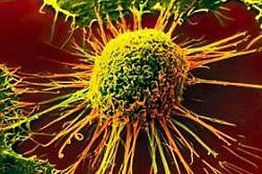 Singapore: Australian drug discovery firm, Bionomics, has received positive results in the phase I clinical trial of its cancer drug candidate BNC105 in women with ovarian cancer. After completing the enrolment of 15 patients for the phase I portion of the trial during 2013, data to date has found 10 of the patients have achieved a positive response.

The patients were treated with BNC105 in combination with the current standard therapy of carboplatin and gemcitabine. In line with the primary endpoint of the trial, 12mg/m2 was identified as the recommended BNC105 dose to take into phase II in this combination.

Biomarker analyses of blood samples from patients taken within four hours of administration of BNC105 demonstrated that the 12mg/m2 dose induced a pharmacodynamic response indicative of BNC105 activity. The same biomarkers have been observed in association with BNC105 activity in previous clinical trials.

"This is very positive reinforcement of what we have come to expect for BNC105," said Dr. Deborah Rathjen, CEO and MD, Bionomics.

The market for drugs to treat ovarian cancer is valued at over $2 billion per annum and there remains significant unmet need for effective treatments. The trials are being conducted across six sites by the Australian and New Zealand Gynaecological Oncology Group (ANZGOG), the National Health and Medical Research Council Clinical Trials Centre (NH&MRC CTC) and the Hoosier Oncology Group in the US.

"Some adverse effects were witnessed in patients but these were of haematological origin consistent with the backbone of the carboplatin and gemcitabine drug combination," said Dr JosÃ© Iglesias, chief medical Officer, Bionomics.

Principal investigator for the trial, Dr Danny Rischin, commented that, "The results support continued development of BNC105 in the ovarian cancer setting to further investigate the potential of BNC105 as a new drug that may have a clinically significant impact."