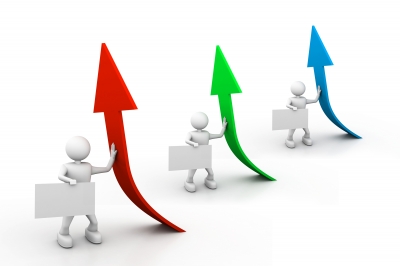 Alchemia is one of the biotech stocks well supported on the ASX in 2013, rising 48.1 percent to increase its market cap by USD60 million

Singapore: Analysis from leading healthcare fund manager BioScience Managers has highlighted the outstanding year for biotech stocks on the ASX in 2013 with an average gain of 53.6 percent across the sector.

These findings compare with the all ordinaries index that increased by 14.7 percent over 2013 and the S&P/ASX 200 Health Care Index which increased 23.5 percent for the calendar year and 79.9 percent over the past two years.

"We've seen a surge of new listings in the US biotech scene with large price premiums and this sentiment is shared more among professional investors in Australia," he said.

BioScience Managers' investment Alchemia Limited is one of a number of examples of biotech stocks well supported on the ASX in 2013, rising 48.1 percent to increase its market cap by USD60 million.

Alchemia has been slowly building its market share for generic anti-coagulant fondaparinux since it received approval in 2011, establishing a USD9.6 million profit share for FY2013. The company has imminent Phase III trial results for anti-cancer drug HA-Irinotecan while also establishing partnerships with Astra Zeneca and Merck Serono for earlier stage drug discovery programs during 2013.

Mobile health technology company iSonea Limited was another standout performer for the biotech sector, boasting a share price increase of 379 percent for the calendar year to lift its market cap to USD88 million. In September this year iSonea launched the AirSonea wheeze monitoring device, its flagship product for asthmatics. The company has attracted business identity Bruce Mathieson as a cornerstone investor.

Adelaide-based drug developer Bionomics progressed a number of its programs targeting renal cancer, depression and anxiety as well as announcing a new partnership with Merck & Co targeting chronic pain. Bionomics had one of the most impressive increases in market cap in the sector, jumping USD180m to finish the calendar year at USD311 million.

"These companies are well-known to those in the sector but are flying somewhat under the radar in the broader market," commented Mr McNamara.

"Speculation is always there at this time of year regarding the potential for a breakout in the biotech sector. 2013 might go down as the year it turned the corner as we expect a strong year again for the sector in 2014 with product pipelines moving closer to commercialisation and a number of big pharma licensing deals."