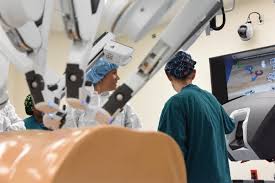 Singapore-  Universal Robots, the pioneer and market leader of collaborative robots (cobots), is continuing to evolve its ground-breaking, collaborative automation technology with the introduction of its new flagship e-Series cobots. The new range follows Universal Robot’s co-founder, Esben Østergaard being awarded the 2018 Engleberger Award, the ‘Nobel Prize’ of robotics.

This new e-Series cobot platform includes technology advances that enable faster development for a wider variety of applications. Improvements include the ability to economically address even more applications, thanks to greater precision and sensitivity provided by a built-in, tool-centric Force/Torque sensor.

Like other Universal Robots offerings, the new e-Series offers unparalleled convenience. It takes just one hour to unpack the cobot, mount it and program the first task. A wrist-join-tool communication interface reduces production line integration time and complexity. Meanwhile, from a service standpoint, all joints can be replaced in 2 to 6 minutes.

Looking at the big picture, e-Series users can expect a fast return on investment, a cobot system ready for any future application, and long-term productivity gains.

“Our e-Series platform is leveraging our years of experience as the market leader within collaborative robots,” says Jürgen von Hollen, President of Universal Robots. “The ‘e’ in e-Series underpins our key vision and overall product philosophy, specifically Empowering people and making it Easy for Everyone.”

Demand for automation and robotics continues to grow in Southeast Asia, particularly in the electronics, semiconductor, metal and machining, food and beverage and pharma industries.

The electronics industry has been a high adopter of cobots globally for decades. This is similarly reflected in Southeast Asia where electronics is the largest export sector in the region, comprising 25 per cent of total exports in goods. Electronics production hubs are Singapore, Malaysia, Vietnam and Indonesia.

In Vietnam, robots are employed in hospitals to assist in surgeries.

According to the International Federation of Robotics, an average of 63 industrial robots were installed per 10,000 employees in Asia. In Southeast Asia, robot density is led by Singapore with 488 units per 10,000 employees, followed by Thailand and Malaysia with 45 units and 34 units each.

The e-Series is now available. Universal Robots plans to begin shipping units to customers from 1 August 2018.