Health experts estimate that about 450 million people world-over are suffering from various kinds of mental illnesses. 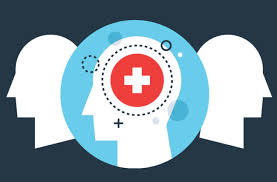 It is also projected that one in every four people is likely to suffer from a mental health disorder at some stage of their lives. Mental disorders can be described as a broad array of conditions that affect a person's mood, thinking, and behavior. Sometimes these conditions can be dire to the point that they affect a person's quality of life. At other times, the conditions can be mild and short-lasting. Either way, mental disorders require urgent interventions because even mild ones can grow to become severe. Preventing mental health issues, rather than treating them, is the best way to ensure a healthy population. Persons suffering from mental health illnesses are often stereotyped in society. It is critical to establish reintegration programs for these individuals to ensure they blend well into the community after an intervention.

Mental health conditions are often prevented in different ways depending on the age of a person and their development stage. In essence, a prevention program for one within the range of prenatal development to childhood would be substantially different from that of a person between childhood and puberty, and puberty and adulthood. The difference comes about because these individuals have different needs that must be considered when establishing and delivering a prevention program. First, preventing mental health issues for the age between prenatal development and childhood largely depends on the mother and her habits during pregnancy. Recent evidence has unearthed that the habitual dietary intake of a pregnant mother has a lot to do with the risk and development of common mental health issues in their children (World Health Organization). It then means that proper dieting during pregnancy is one of the surest mental health prevention programs for the prenatal to childhood bracket. Evidence has also emerged that maternal dietary intake can influence a systemic change in the offspring's phenotype at two to eight months of age. Even more impressive is that scientists have linked a father's preconception diet to mental health issues. This was corroborated by a study that revealed that folate deficiency in a male sperm could change the methylation of genes responsible for developing mental health conditions such as schizophrenia and autism. Thus, dieting before and after conception plays a significant role in preventing mental health issues in newborn children.

Two prevention programs exist for school-age children and those just before puberty. These programs can be broadly classified as universal and selective or targeted. Universal programs are those that are offered to all the children existing in this group. On the other hand, selective education is meant for children who are more at risk compared to others. Worth mentioning, school-age children are among the most high-risk demographics as far as mental health issues are concerned. This exposure comes due to the fact that these children are in new environments and are undergoing a change in their life and anatomy. Since this population is rarely present at home, schools provide a perfect avenue for establishing preventions and interventions. Mental health experts have substantiated that schools can help a significant percentage of children experiencing mental health issues. These experts have also confirmed that about 25% of children and young people in the US suffer from an identifiable mental health issue. Of this population, about 10% qualify to be labeled mental health disorders. These statistics are an indicator that schools harbor a substantially large number of individuals who are either at risk or suffering from mental health conditions.

Children usually face a plethora of challenges, which are sometimes the root causes of their mental health issues. Exam pressure is one of the most notable contributors to the mental health issues in this demographic. This pressure usually overwhelms students because they are forced to grasp enormous amounts of information. It also arises from the fact that the students are expected to succeed in their studies. Such challenges can sometimes take a toll on these students' mental health, especially since they may not have a brain developed enough to contain such pressure.

Another problem is, the educational programs are designed for an average student. It is logical, but it is not helping those on both extremes of the curve. That is why a student should assess his\her abilities and interests, and, when needed, consider delegating some assignments to a reliable writing company, such as SmartWritingService.com. College writing is an undeniably important part of education, but it can be overwhelming at times. Professional online services help students with essays fast, so the deadlines are met. When you don’t have time or energy to do in-depth research and come up with a quality paper, it may be a good choice to delegate it, instead of delaying writing it till it’s too late. Even more noteworthy, the age of social media has come with many downsides as far as mental health is concerned. Even though its benefits are undeniable, experts have mentioned social media as one of the leading causes of depression in children and teenagers. This fact is especially relevant considering there is rampant cyberbullying and the presence of upsetting content. Also important to note is the feeling of inadequacy that social media brings to children and teenagers.

Responding to Mental Illness Crisis Among Children in School

In response to these aspects, school administrators are challenged to come up with some robust prevention programs and arrangements to ensure that this demographic does not become victims of mental health illness. One element of this prevention program is to establish social time where children can interact in ways other than the curriculum. For instance, children can form groups of peers and discuss their most pressing issues openly. Peer groups are important because they are safe zones for children who may not find it comfortable to open up to their teachers. It is also essential to establish an open-door policy as part of the education program. An open-door policy is where students feel free to approach their teachers whenever they have burning issues to discuss. The feeling that the teachers are always available to listen can take the children a long way in relieving their mental health issues.

Individuals falling in the age between puberty and adulthood have more complex needs to prevent mental health issues. Schizophrenia and depression are the most common mental health issues identifiable in this age group. This group is also commonly known for high suicide rates. The source of these individuals' mental stress is also extensive because they work in different sectors of society. Thus, prevention and intervention will depend on one's area of specialty in life. Most noteworthy is that workplaces need to establish skills that would reduce job-burnout. These programs will be characterized by occupational stress management skills that will educate the workers on how to endure the stress that comes with their job descriptions. These coping skills have been proven to take workers in various sectors long to maintain sanity because the workplace can be a stressful place. Regular counseling is also critical for this demographic because it reassures them that their cause is worthy of the struggle.