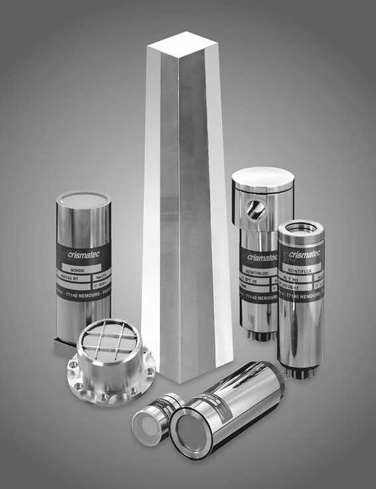 "Hamamatsu has made an immediate contribution to our strategic alliance," said Dr AF Zerrouk, chairman, president, and CEO of Zecotek Photonics. "This initial order underlines the significance of the strategic partnership and cooperation between Zecotek and Hamamatsu. We have always believed in the cost/performance superiority of Zecotek LFS crystals. It has, however, been a challenge penetrating the large-scale imaging markets. Hamamatsu's partnership removes barriers and opens imaging industry opportunities for Zecotek products. We look forward to growing the partnership as we move ahead to capture a substantial share of the imaging markets."

On July 16, 2013 Zecotek and Hamamatsu announced a strategic partnership to commercialize existing imaging technologies and to collaborate on the upgrade and manufacture of photo detectors, integrated detector modules and associated electronics and data acquisition modules for the imaging markets at large. Hamamatsu is the world's leading supplier of optoelectronics components including photo multiplier tubes and photo-diodes used in positron emission tomography (PET) medical scanners, the European Organization for Nuclear Research (CERN) projects and other industrial and scientific applications.

Zecotek's patented LFS series of scintillation crystals are known for their high light yields and ultra-fast decay times which allow for faster and higher-resolution operation of medical and industrial imaging devices including PET medical scanners. Zecotek's line of LFS crystals also cover a wide range of emission wavelengths which can be tailored to match the spectral sensitivity of various photo detectors including the solid-state MAPD photo detector arrays.

The LFS scintillation crystals will be supplied by the Beijing Opto-Electronics Technology Company (BOET), a subsidiary of North-China Research Institute of Electronics-Optics, an industry leader in growing, cutting, polishing and large scale production of scintillation crystals grown by the Czochralski method. Zecotek's manufacturing process permits the growth of very large-diameter boules with uniform properties and without cracking (a problem with many competing scintillation materials), resulting in high element output and lower unit costs.