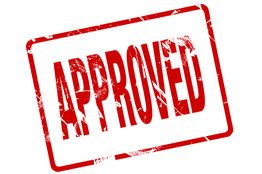 New Delhi: Officials in the Indian health ministry have admitted that about 26 new drug molecules were given approval since 2010 without conducting any proper clinical trials on local population to test their safety and efficacy. Despite strict instructions by the parliamentary standing committee on health, so many new drugs have continued to make their way into the market.

The Indian Central Drugs Standard Control Organization (CDSCO) approved eight new drug molecules of biologicals and non-biologicals last year. Furthermore, two of these have already been given permission for sales this year. A report explained that about 13 such new drugs were approved in 2010 and three more were approved in 2011.

Officials of the health ministry have said that new drugs have been approved without clinical trials after taking adequate caution. They justified in a news report that these drugs are used in medical emergencies and Indian trials are not possible for the same due to fewer patients and rarity of diseases. Officials added that expert opinion is taken before such drugs are approved.

The parliamentary panel in the country had revealed only two years back that 38 new drugs were approved without trials on Indians between January 2008 and October 2010. The committee had said then that such new drugs did not fall in the category of medicines meant for medical emergencies.