IBI303 results for Ankylosing Spondylitis published in "The Lancet Rheumatology” 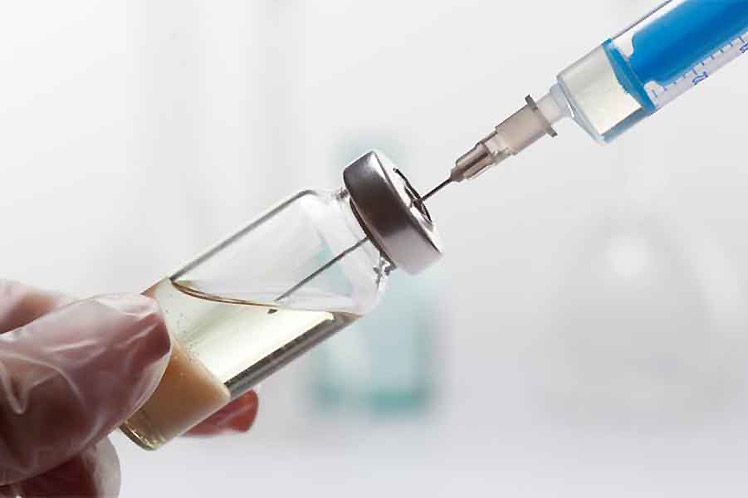 Innovent Biologics, Inc., a world-class biopharmaceutical company that develops and commercializes high quality medicines, has announced that the clinical trial results of IBI303, an anti-tumour necrosis factor-alpha (anti-TNF-alpha) monoclonal antibody injection developed by Innovent, has been published in The Lancet Rheumatology, a leading international medical journal, with comment by Stanley Cohen, professor of University of Texas Southwestern Medical Center.

Led by Professor Huji Xu of the School of Medicine at Tsinghua University, the Phase III trial was a multi-centre, randomized, double-blind, parallel-controlled trial that compared the efficacy and safety of IBI303 and the originator drug adalimumab (Humira®), on ankylosing spondylitis (AS) patients; it is the first large-scale head-to-head Phase III clinical trial comparing a biosimilar and adalimumab in AS patients. It is also the first time a highly-regarded top-tier medical journal has featured the major phase III clinical trial results of a China-developed biosimilar.

The originator, adalimumab, has been among the world's best-selling drugs for several consecutive years, with sales revenue of USD 19.9 billion in 2018. Adalimumab was approved for treating rheumatoid arthritis, AS and plaque psoriasis in China.

AS is a chronic inflammatory disease that primarily affects spinal joints and peripheral joints and in severe cases can cause spinal deformity and ankylosis. According to the reported studies, China has a prevalence rate of approximately 0.3%, which translates into a potential total patient number of over 4 million AS patients. The occurrence of the disease is dominant in adolescent males, with an onset age of 20 to 30 and a disability rate of 15-20%. The Anti-tumor necrosis factor-alpha inhibitors exhibit satisfactory anti-inflammatory activity and effects in preventing disease progression, which represents the most widely used biologics with the extensive clinical trial data for the treatment of AS worldwide.

Twenty hospitals across China participated in the Phase III trial. All enrolled patients received at least four weeks of NSAIDs treatment and were either treatment ineffective, resistant or intolerable. Patients treated with either IBI303 or Humira® subcutaneous injection of 40 mg/0.8 ml once every two weeks for 22 weeks. The primary endpoint was the ASAS20 response rate (a standard tool to evaluate the clinical improvement of AS) at week 24.

Among 438 patients recruited in total, 220 were treated with IBI303, while those in the control group received Humira®. The initial results concluded ASAS20 response rates of 75% and 72.5% respectively at week 24, indicating clinical equivalency between IBI303 and Humira®. The secondary endpoints were met, including AS assessment points such as ASAS20 response rate at week 12, ASAS40 response rate at week 24, ASAS partial response rates, ASAS5/6 response rate, and BASDAI etc. The overall data indicate the comparable effects to the originator drug in terms of disease activity, improvement of physical functions, spinal mobility, tendonitis, overall patient assessment, and improvement of the quality of life. Moreover, the results showed that IBI303 was well tolerated in patients with safety and immunogenicity comparable to those of Humira®.

"Autoimmune diseases such as AS severely impact on patients' quality of life and pose a significant economic burden to society and the patients. Antibodies targeting TNF-alpha currently play an important role in treating autoimmune diseases such as AS. However, the imported TNF-alpha inhibitor drug is far beyond affordable for most patients in China. IBI303, a biosimilar to adalimumab, was solely developed by Innovent. The Phase III clinical trial proved its equivalence in safety and efficacy to the originator Humira®. The IBI303 trial results were recognized and published in The Lancet Rheumatology, which is exciting news for the China Rheumatic community and indicates that Innovent has reached international standard in process development and clinical research of biosimilars," said Professor Huji Xu, a prominent physician-scientist in the area of rheumatic diseases and the leading PI of the trial from the School of Medicine at Tsinghua University.

In 2015, the "Technical Guidance for the Research, Development and Evaluation of Biosimilars (Trial)" issued by the National Medical Products Administration (NMPA), greatly fostered the development of biosimilars in China. Adhering to institutional guidance, Innovent independently developed adalimumab biosimilar IBI303. The NMPA accepted and granted with priority review status the new drug application (NDA) of IBI303 based on the preclinical pharmacokinetics (PK) and pharmacodynamics (PD), toxicology, PK equivalence trial data as well as the results of this Phase III clinical trial.

The launch of IBI303 is expected to reduce the medical expenditure of patients in China and enhance the affordability and accessibility of the treatment.