As previously disclosed, the Company voluntarily implemented a temporary pause in dosing in the DERBY and OAKS Phase 3 trials due to observed cases of non-infectious inflammation in patients treated from a single manufacturing lot of APL-2 intravitreal drug product 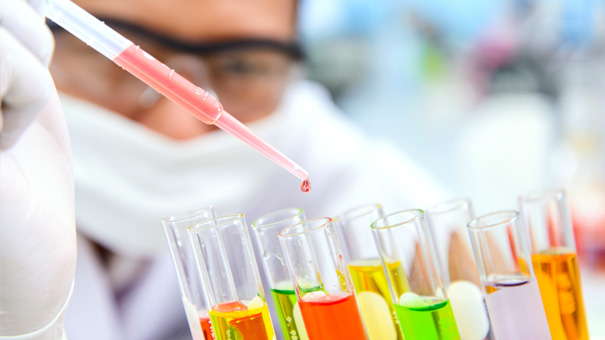 Apellis Pharmaceuticals Inc. has provided an update on the status of its Phase 3 program for APL-2 in patients with Geographic Atrophy (GA).

Apellis expects to be able to restart enrollment of its two Phase 3 GA trials (DERBY & OAKS) in Q2 2019 and to have fully enrolled both studies by the end of Q1 2020, within the originally planned timeline for completion.

As previously disclosed, the Company voluntarily implemented a temporary pause in dosing in the DERBY and OAKS Phase 3 trials due to observed cases of non-infectious inflammation in patients treated from a single manufacturing lot of APL-2 intravitreal drug product.

Based on Apellis’ investigation, which included a full manufacturing process review, six non-clinical studies in two species and an ongoing Phase 1b clinical study in patients with GA with low vision, the Company does not believe that the following were the root causes for the observed inflammation in the Phase 3 GA program: (i) The pharmacology or chemical composition of APL-2, (ii) A formulation change that was implemented between the Phase 2 FILLY trial and the Phase 3 trials, and (iii) The fill and finish process for the APL-2 intravitreal drug product.

In order to resume the Phase 3 GA program in a safe and expeditious manner, the company has introduced improvements to the manufacturing process in order to eliminate impurities and potential contaminants like those that are believed to have caused inflammation in the Phase 3 trials. A new lot of API incorporating these improvements has been manufactured and is ready for release in a quantity sufficient to complete both the DERBY and OAKS Phase 3 clinical trials.

The Company believes that the improved manufacturing process can be used to supply API at a scale required for global commercialization. In non-clinical testing, treatment with API manufactured through the improved manufacturing process did not cause inflammation. Finally, prior to introduction in the Phase 3 clinical trials, new lots of API may first be introduced in a small Phase 1b study of patients with GA with low vision.

Cedric Francois, CEO and co-founder of Apellis said, “We believe that APL-2 has the potential to offer significant benefit to patients with geographic atrophy, a disease that results in blindness, and for which there are no FDA-approved treatments. We are pleased to have clarity around our path forward so that we can continue development of this important potential treatment, and on schedule.”

The FILLY trial was a 246-patient Phase 2 multicenter, randomized, single-masked, sham-controlled clinical trial of APL-2 in patients with GA conducted at over 40 clinical sites, located in the United States, Australia and New Zealand. APL-2 was administered as an intravitreal injection in the study eye monthly or every other month for 12 months, followed by six months of monitoring without active treatment until Month 18. Eyes were evaluated for GA by fundus autofluorescence photographs (FAF). The rate of GA area growth was measured from baseline to Month 18. The primary efficacy endpoint was the change in GA lesion size from baseline to Month 12, compared to sham.

GA is an advanced form of age-related macular degeneration (AMD), a disorder of the central portion of the retina, known as the macula, which is responsible for central vision and color perception. GA is a chronic, progressive condition that leads to central blind spots and permanent loss of vision. Based on published studies, the company estimates that approximately one million people have GA in the United States alone. There are currently no FDA-approved treatments for GA.

APL-2 is designed to inhibit the complement cascade centrally at C3 and may have the potential to treat a wide range of complement-mediated diseases more effectively than is possible with partial inhibitors of complement. APL-2 is a synthetic cyclic peptide conjugated to a polyethylene glycol (PEG) polymer that binds specifically to C3 and C3b, effectively blocking all three pathways of complement activation (classical, lectin, and alternative).