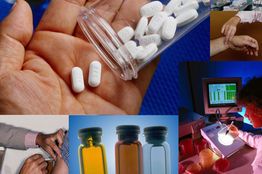 Singapore: HPS2-THRIVE (heart protection study 2-treatment of HDL to reduce the incidence of vascular events) study of Tredaptive (extended-release niacin/laropiprant) by Merck did not meet its primary endpoint. Merck and the investigators are informing regulatory agencies of these results.

The company is also preparing communications to healthcare providers in countries where the medicine is currently available, and will continue to work with regulators to provide updated information to healthcare providers. Based on the current understanding of these new data and until further analyses can be completed, Merck is recommending that providers not start new patients on Tredaptive. Merck does not plan to seek regulatory approval for the medicine in the US.

HPS2-THRIVE was independently conducted by the Clinical Trial Service Unit at Oxford University and funded by Merck. The study enrolled 25,673 patients considered to be at high risk for cardiovascular events. Of those enrolled, 14,741 were from Europe (the UK and Scandinavia) and 10,932 were from China. Patients in the study were followed for a median of 3.9 years. HPS2-THRIVE compared extended -release niacin and laropiprant plus statin therapy versus statin therapy. It was not designed to assess directly the separate effects of either extended-release niacin or laropiprant.

In the study, adding the combination of extended-release niacin and laropiprant to statin therapy did not significantly further reduce the risk of the combination of coronary deaths, non-fatal heart attacks, strokes or revascularizations compared to statin therapy. In addition, there was a statistically significant increase in the incidence of some types of non-fatal serious adverse events in the group that received extended-release niacin/laropiprant.

With the agreement of the independent research team at Oxford University, Merck is sharing results from the study with regulatory agencies in countries where the medicine is approved (under the brand names Tredaptive or Cordaptive) and in other countries as well. The investigators are conducting additional analyses, including regional analyses, to further understand the results. They anticipate reporting the detailed study results in the first quarter of 2013.

"While we are disappointed in these results, we thank the investigators who have conducted the study and the patients who have participated in it," said Dr Peter S Kim, president, Merck Research Laboratories. "We are committed to working closely with the independent research team at Oxford University and with regulatory agencies to understand the results and determine next steps."